The Early Modern Circle is an interdisciplinary seminar open to interested students, academics and researchers.  The Circle meets on the third Monday of the month, during semester, at 6:15.  Until further notice, meetings will be conducted via  Zoom.

“Your Lordship has for some time loved me little”:  Isabella d’Este and the Emotions of a Dynastic Marriage

This paper explores how the Italian princess, Isabella d’Este, one of the best documented women of her time, experienced and navigated a politically motivated marriage over more than three decades. Betrothed in 1480 to Francesco Gonzaga, heir to the marquisate of Mantua, a small city state in northern Italy, Isabella married in 1490, when she was fifteen. The union ended with her husband’s premature death from the Great Pox in 1519. As the granddaughter of Ferdinand I d’Aragona, king of Naples, Isabella’s social pedigree far outranked that of her husband. Her intelligence and education were equal, if not superior, to Francesco’s. How, then, did these circumstances impact on a relationship in which a wife, however elite, was subject to her husband’s rule? This paper analyses that question through the prism of the couple’s correspondence with each other and the letters of the court servants who served and observed them.

Carolyn James is the Cassamarca Professor of History at Monash University, Australia. She has edited the letters of the fifteenth-century Bolognese literary figure, Giovanni Sabadino degli Arienti, and analysed his literary works (1996 and 2002).  With Antonio Pagliaro, she translated the late medieval letters of Margherita Datini (2012). She has written on women’s political and diplomatic roles in Renaissance Italy, as well as early modern women’s relationship with letter-writing.  Her latest monograph A Renaissance Marriage: The Political and Personal Alliance of Isabella d’Este and Francesco Gonzaga 1490-1519 was published by Oxford University Press in 2020.

Dancing Around the State: The Role of Guaraní Resistance in the Failure of the Paraguayan Silver Route, 1500-1609

Historians have often treated Paraguay's marginalisation within the Spanish Empire as a geographic inevitability. This talk argues, in contrast, that Indigenous Guaraní resistance to the sixteenth-century European invasion of South America impeded the creation of silver export routes through the Atlantic Rainforest. While the neighbouring Inca Empire fell rapidly to the Spanish, decentralised Guaraní forces dodged and danced around the invading Spanish state. The invisible hand of Indigenous resistance prevented Spanish conquistadors from utilising pre-existing local silver routes operated by Guaraní women. These conflicts isolated Paraguay and shaped the subsequent history of the Atlantic Rainforest.

Freg J Stokes is a writer and mapmaker from Melbourne, Australia. He is a PhD candidate in History at the University of Melbourne. His doctoral thesis provides part of the research basis for The Hummingbird’s Atlas, a collaborative project with Guaraní artists and writers. He has also worked on applied theatre, public art and satirical performance projects in Australia, Venezuela and Bhutan. He has written for the Postcolonial Studies Journal, Jacobin, Crikey, Overland and The Lifted Brow.

"Child with a Cockatoo": Shifting Understandings of the Origins & Meanings of Australasian Cockatoos in Early Modern Artworks 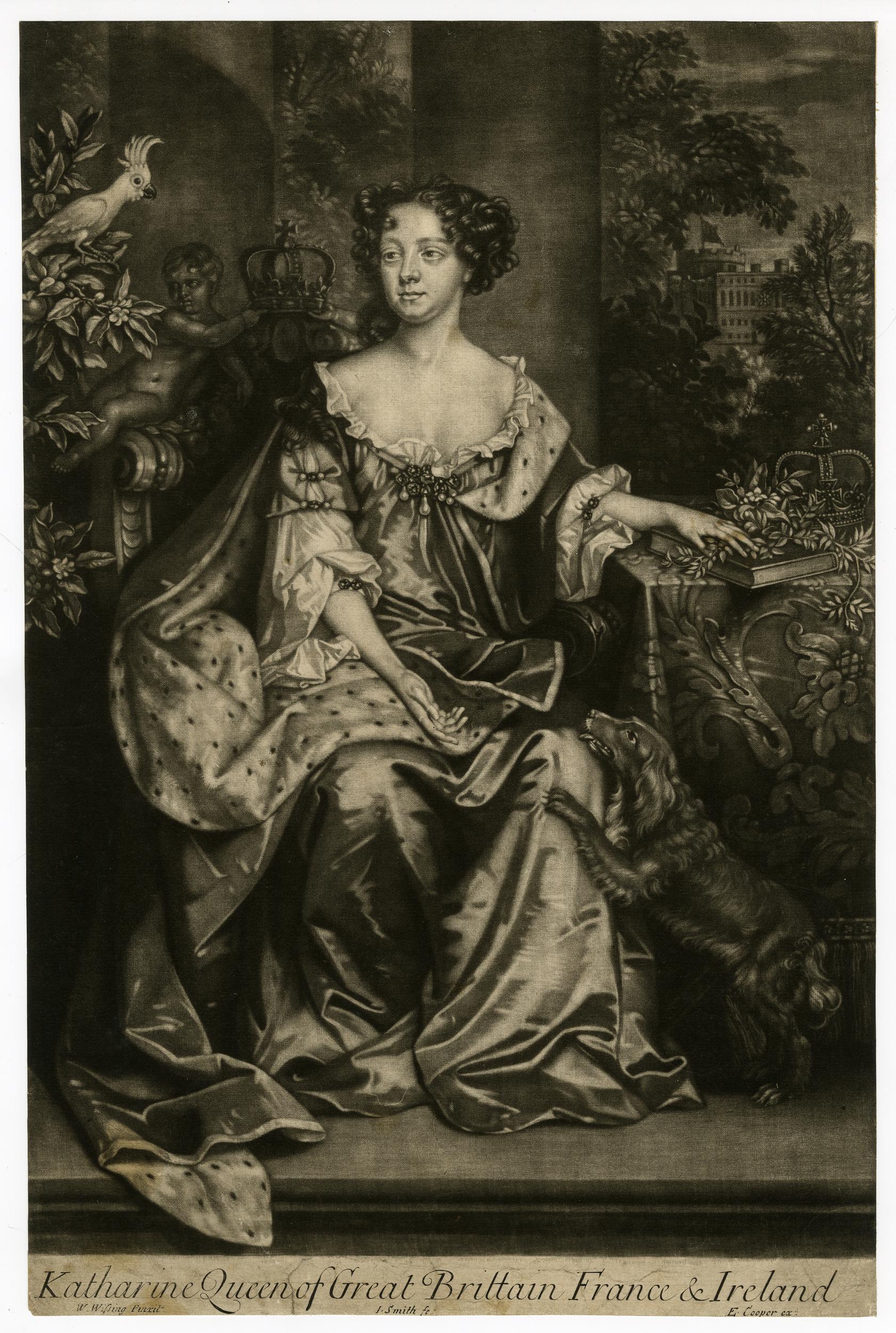 Throughout the 17th and 18th centuries, Australasian cockatoos featured in English paintings, including portraits of prominent Stuart women. While the primary reason for including exotic fauna was to flag the wealth and discernment of sitters and patrons, artists drew on the symbolic repertoire of parrots in medieval and renaissance artworks to convey a variety of meanings. As Australasian parrots had been traded into Europe centuries earlier than parrots from the Americas (because their movement was not contingent on European trade routes, but on ancient sea and overland spice routes), contemporary viewers had a rough idea of where they came from. However, from the late 19th century, these cockatoos’ Indonesian and New Guinean roots were overlooked and replaced by speculative imaginings of an Australian origin. Reviewing a selection of these artworks, this paper looks at how the responses of cataloguers, printmakers, poets and journalists shifted. It asks whether the misplacing of the cockatoos signals a lack of knowledge of the centuries-old trade networks operating to Australia’s north, or a legacy of empire - a deep sense of unease related to belonging.

Heather Dalton is an Honorary Fellow in History at the University of Melbourne. Her research focus is relationships in maritime trading networks (1450-1650), and early contacts between Australasia and Europe. In September 2022 Heather takes up a 3-month fellowship at the Academy of Finland Centre of Excellence in the History of Experiences (HEX), Tampere University. Her recent publications include: ‘Relationships lost and found in the mid sixteenth-century Iberian Atlantic: an Englishman’s “suffering rewarded”’ in her edited book Keeping Family in an Age of Long Distance Trade, Imperial Expansion, and Exile, 1550-1850 (Amsterdam: Amsterdam University Press, 2020).

Feeling with Demons. The Role of Emotions in Increase and Cotton Mather´s Demonological Treatises: The Case of Rage (Massachusetts, c.1680-1700) 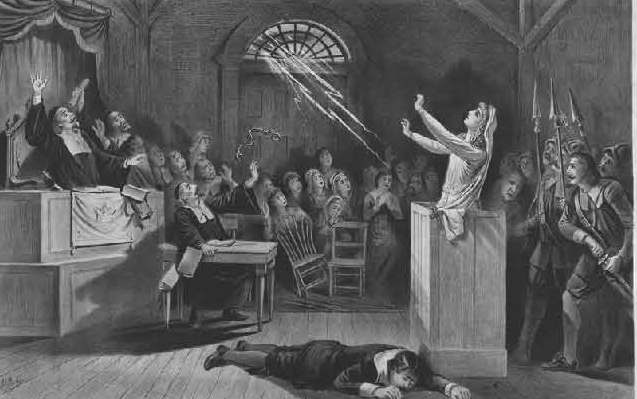 Throughout the sixteenth and seventeenth centuries, England experienced two different editorial successes: publications about the passions, and treatises on demonology. The former intended, among other things, to teach readers how to discipline their emotions, while the latter expressed the framework within which the cultural elite understood and debated witchcraft. Due to transatlantic migrations and exiles, the interest in both literary genres was exported to the New World. In this seminar, Agustín Mendez will aim to consider demonological ideas as privileged means to know the attitudes that complex social groups maintained towards the expression and portrayal of specific emotions. The talk will focus on the representation of rage in the demonological treatises published by puritan theologians Increase Mather (1639-1723) and Cotton Mather (1663-1728) in connection with the political, cultural, and religious transformations taking place in Massachusetts during the 1680s and 1690s.

Agustín Méndez completed his PhD in history at the University of Buenos Aires (UBA) in 2018. He is a postdoctoral fellow at the National Scientific and Technical Research Council in Argentina. His research in early modern witchcraft explores demonological discourses and its relation with the protestant reformation in England from a perspective based on cultural and intellectual history. His book El infierno está vacío. Demonología, caza de brujas y reforma en la Inglaterra temprano-moderna (s. XVI y XVII) was published in 2020 with Publicacions de la Universitat de València. He is currently working on a project centered on the relation between witchcraft theory, demonic possession and emotions in the English Atlantic (c. 1660-1720). In August 2022 he is an honorary Virtual Fellow with the Centre of Excellence for the History of Emotions, based at the University of Melbourne.

Priests and Their Wigs in Eighteenth-century Rome 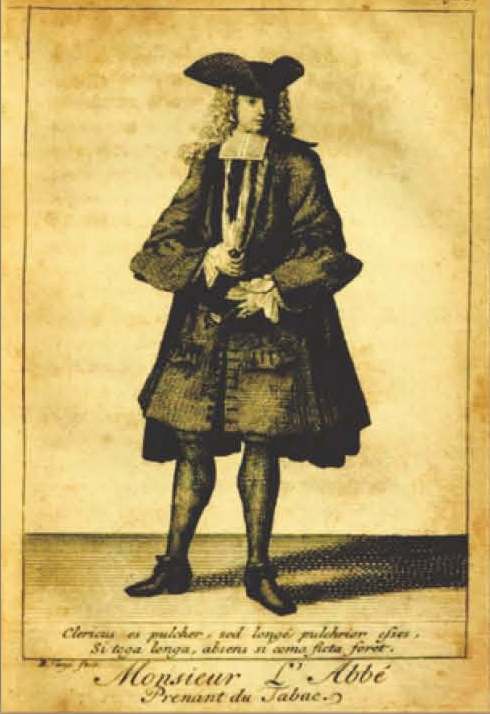 The wig was the quintessential accessory of eighteenth-century European culture, but the wearing of wigs by clerics became a subject of heated controversy in Rome and across other Catholic societies.  Critics of clerical wig-wearing pointed to its inherent vanity, to Paul’s proscription against men covering their heads in Church in 2 Corinthians, and to its apparent denial of the tonsure’s importance as the visible outward sign of clerical status.  Various bishops moved to restrict the use of wigs amongst their diocesan clergy but none were more active in legislating than the bishops of Rome themselves.  Popes from Clement IX (r. 1667–69) to Pius VI (r. 1775–99) all issued injunctions against clerical wig-wearing and their legislation betrays shifting attitudes and approaches.  The most zealous rules from the 1720s gradually gave way to more pragmatic ones which attest to the persistent desire of Roman clerics to engage in male status competition and to the growing difficulty that the Church’s leadership had in persuading them of the intrinsic superiority of their clerical status.

Miles Pattenden is Senior Research Fellow in Medieval and Early Modern Studies at the Australian Catholic University.  He is a graduate of the universities of Cambridge, Toronto and Oxford and taught at University College Cork (2009–10) and the University of Oxford (2010–19) before moving to Australia.  Miles is the author of two monographs, Pius IV and the Fall of the Carafa (Oxford University Press, 2013) and Electing the Pope in Early Modern Italy (Oxford University Press, 2017).  He is currently an editor of The Journal of Religious History and of The Cambridge History of the Papacy and works on Catholic Medievalisms and clerical subcultures.

Reflections and Distortions: Self-Representation and Idealisation in French Women’s Self-Portraits, 1785-1799