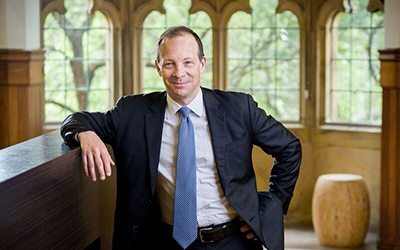 The Second World War in Europe was won by the Red Army. It was at the German "Eastern Front" where most German soldiers were killed or captured, and most war machinery destroyed. It was here that the Wehrmacht's back was broken. Soviet and now Russian historians (and politicians) are rightly proud of this achievement. In the commemoration of this victory, however, the darker sides of the Soviet Second World War are increasingly lost. Meanwhile, elsewhere in Europe, a very different war is remembered, a war where Stalin's regime was a perpetrator rather than a victim.

Professor Mark Edele is a historian of the Soviet Union and its successor states, in particular Russia. He is the inaugural Hansen Chair in History at the University of Melbourne as well as an Australian Research Council Future Fellow. He was trained as a historian at the Universities of Erlangen, Tübingen, Moscow and Chicago. He is the author of Soviet Veterans of the Second World War (2008), Stalinist Society (2011), and Stalin’s Defectors (2017) as well as one of the editors of several collections of essays, most recently Shelter from the Holocaust: Rethinking Jewish Survival in the Soviet Union (with Atina Grossmann and Sheila Fitzpatrick, 2017). His essays have appeared in academic journals based in Germany, the United States, Korea, Japan, Russia, and Australia. He is currently working on three books: a short history of the Soviet Union, a historiography of Stalinism, and (with Martin Crotty and Neil Diamant) a global history of war veterans.