For an individual who has demonstrated outstanding leadership in business, community or government. 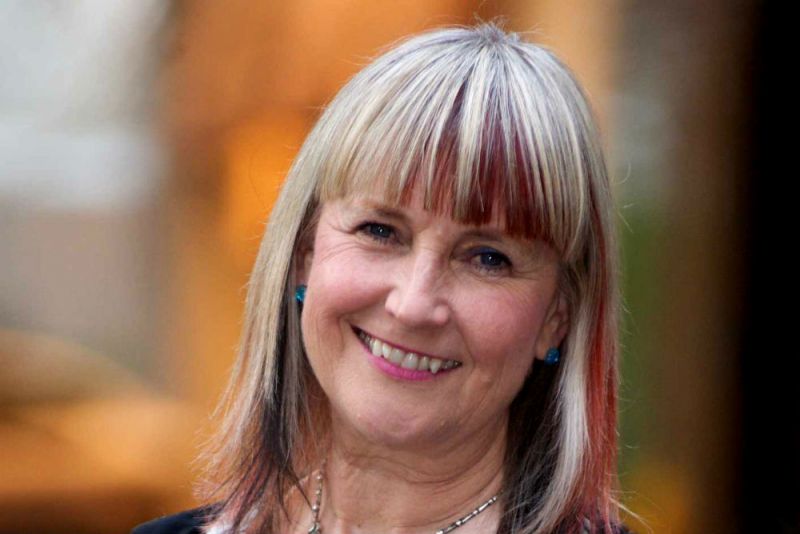 Dr Genevieve Timmons is an international consultant in philanthropy and grant making. She has been actively involved with philanthropy for more than three decades, working with numerous philanthropic entities, promoting thought leadership and pioneering approaches to organised giving in Australia and New Zealand. Throughout her career, she has specialised in engineering contemporary philanthropic strategies to address disadvantage, promote diversity and build capability for people facing disadvantage to lead their own advancement.

Current professional appointments are with the Paul Ramsay Foundation and the Naomi Milgrom Foundation. Board appointments include the Fellowship for Indigenous Leadership, TOM Melbourne and Studio Schools Australia. Recent past board appointments include the Philanthropy Australia Council, founding director and strategic adviser for the Mornington Peninsula Foundation, founding director and Chair of the Inner North Community Foundation, board member with Australian Community Philanthropy, and Ambassador of the Victorian Foundation for Survivors of Torture. She is also an Adjunct Professor at Swinburne University.

In her own words

My first encounters with philanthropy were actually when I was very young, growing up in a family of five kids in a country town where we were the beneficiaries of the generosity of other people. Our family was not well off. Like a lot of others in the town, we weren’t destitute, but living week to week on Dad’s income. Although we were the recipients of charity, we were never made to feel poor or disadvantaged, and with well-meaning philanthropy through our church we were provided with affordable housing and an education. We were recruited as leaders in our community as we grew up, which has stood us all in good stead to lead meaningful and productive lives. This was an indelible family and community experience for me in understanding first-hand how philanthropy can work.

I started working in philanthropy in Melbourne in the late 80s, when the number of people visible in the sector could barely have filled a combi van. There were some early leading foundations, but the style of giving was largely random acts of generosity based on well-meaning hunches. It was really a serendipitous opportunity – I had completed my Bachelor of Arts and Diploma of Education and was waiting to be assigned to a teaching role, but there was a delay of 18 months in being placed at a school in Victoria at the time. So I took on work opportunities to work in the not-for-profit sector, including being a founding staff person at the CERES project in Brunswick which was another great chance to see the impacts of catalytic philanthropy. I spent five years with CERES, converting an eight-acre tipsite into a community environmental park, which is now flourishing after 40 years of investment by community, government and philanthropy.

Philanthropy is being re-engineered and is emerging as a more powerful concept in our contemporary world, in Australia and globally. It is growing in significance for a number of reasons, but mostly because the art and science of philanthropy is  now more informed than ever. The impact of the philanthropic dollar is increasingly visible, and more people now have the option to deliver significant returns for society by harnessing effective professional discipline, creativity and values. Contemporary philanthropy is also becoming democratised. We are waking up to the fact that we don’t have to be mega-wealthy to start giving for social purpose, or to run businesses with social impact in mind. This means more people, with modest and significant wealth, are choosing to use their money to build a society that is just, creative and economically and environmentally sustainable.

As we deal with the fallout of the COVID 19 pandemic in 2020, it is particularly encouraging to see how philanthropic organisations and individuals are responding nimbly and creatively.  I salute our membership organisations such as Philanthropy Australia, Australian Community Philanthropy and the Fellowship for Indigenous Leadership, among others, who are seizing the opportunity for powerful leadership, providing a platform for collective support and action to ensure the optimal value of philanthropic dollars is secure in such uncertain times.

I am thrilled to have been awarded this honour, not only because my own work has been recognised, but also because it signals an important coming of age for philanthropy and social investment as a field of endeavour in 2020 and beyond. And I’m deeply grateful to have been involved with philanthropy during this time of emergence, growth and change in organised giving and social generosity.

My ambition for the future of philanthropy in Australia, and across the world, is that the power of the philanthropic dollar continues to be better understood and valued, as more people become involved with the democratisation of giving, and join the ‘savvy money’ movement. Savvy money is about using our money as a form of agency to create the type of society we want to be part of.

Another ambition for the future is that we reclaim and renew the original definition of philanthropy, first coined during the oldest traditions of Latin and Greek philosophers of more than 2000 years ago. For those unsure of what philanthropy is, you will find it in the dictionary between two other words, philanderer and philatelist, all three derived from the Latin word phila, to love: to love women (possibly too much); to love stamps; and in the case of philanthropy, to love humanity by giving freely for the benefit of others. The word philanthropy in 2020 is still defined in ancient terms as a love of humanity, but this must embody a frank and fearless love, one that will draw us closer to collective social and political goals where the needs of everyone are respected, and their contributions valued.