Campaigner and advocate for the LGBTIQ community
BA 2010 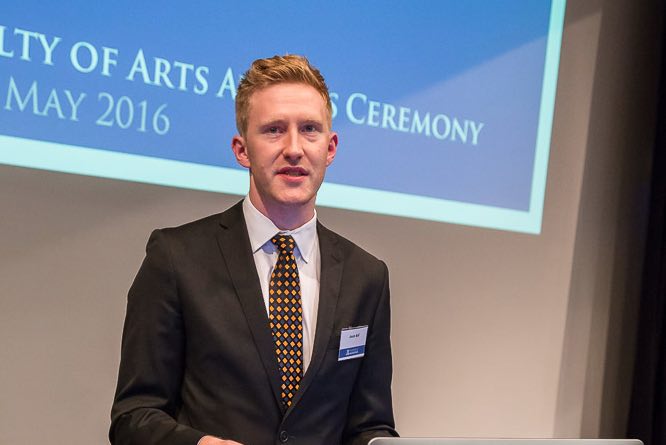 Jason Ball was presented with the Rising Star Award for his commendable leadership and outstanding contribution in the fields of anti-discrimination and LGBTIQ advocacy.

After publicly coming out in 2012 as the first openly gay Australian Rules footballer at any level of competition, Jason launched a national campaign to challenge homophobia in sport, starting a petition calling on the Australian Football League (AFL) to play ‘No To Homophobia’ ads on the big screen of the 2012 AFL Grand Final and to commit to a Pride Round the following year. The petition received almost 30,000 signatures and gained national and international media coverage leading to major advances in the AFL’s commitment to creating a more inclusive environment for all players and supporters.

Jason led the 18th Pride March Victoria with his teammates from the Yarra Glen Football Club, and he initiated the annual Pride Cup, a country football match to celebrate diversity and promote LGBTIQ inclusion. In 2013 Jason was appointed an ambassador for Beyond Blue to speak about issues of mental health, in schools, sporting clubs and conferences around Australia.

An outspoken political activist, Jason is standing as the Australian Greens candidate for the 2016 federal election in the division of Higgins.

There’s a bit of a stereotype that an Arts degree doesn’t give you the workplace-ready, job skills that you need in the community… My Bachelor of Arts developed my abilities to communicate clearly and reach people from a variety of walks in life. Not only that, but it gave me the confidence to stand up for what matters most to me and that is equality.’