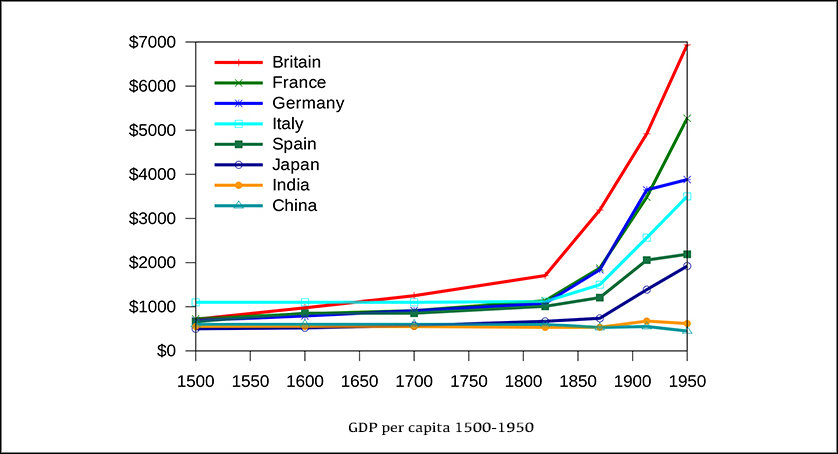 Between 1690 and 1756 slave-based economies were at the foundation of imperial policy and where slave owners had almost unthinking support from an imperial state and powerful British commercial interests invested in slavery. This project is centrally concerned with how developments in the territories of British Empire between 1690 and 1756 remade understandings of imperialism in Britain. It also wants to examine the role of slavery and the the development of the slave plantation system in British America with features of what has become called the Great Divergence - the rise to world dominance of western Europe and neo-Europes at the expense of South and East Asia.

The project looks at, the growth of a fiscal-military state, and the gradual evolution of the Industrial Revolution from the late seventeenth centuries onwards. settlement colonies of British North America moved decisively from being islands within a Native American country to being colonies with an established presence that posed an existential challenge to Native American existence. It was a period when the plantation system of the British West Indies became firmly established, with consequences not just for the Americas but also for Africa and to an extent Asia. It was a period when the commerce of India became global and European influence in India started to become significant rather than incidental. It was a time too when the Protestant Ascendency in Ireland rendered Catholic Irish people subordinate subjects to an extent greater than before. By looking at the ways in which the British empire changed between the Glorious Revolution and the Seven Years' War, this work will contribute to a more complex understanding of the British Empire than the standard narrative that the British empire in the first half of the eighteenth century can be encompassed by commerce, colonisation and geopolitical competition.