We work on projects relating to the Aptis test; the online language proficiency test designed by the British Council.

Project 3: Investigating the discourse produced at score levels B2.2 to C2 on the Aptis Advanced Writing Test 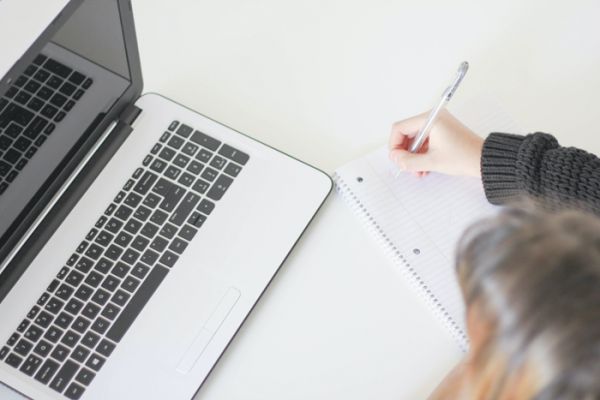 Differentiating between advanced L2 writers at the higher levels of the Common European Framework of Reference (CEFR) presents a challenge for language testers given the relatively slight differences in the descriptors for these levels compared to those at the lower level of the scale and the fact that higher level performances are often differentiated based on rhetorical skills and expression of complex ideas which may be less well understood and defined. Developers of tests of advanced writing proficiency which reference these upper levels of the CEFR face the daunting task of developing rating criteria which discriminate between levels in the absence of both explicit guidance from the CEFR and substantial research targeting the later stages of L2 writing development.

Building on the relatively small body of test-driven research into the writing ability of second language learners at higher proficiency levels, this study explored the features of writing produced on the recently launched Aptis Advanced writing test, particularly targeting the B2.2 to C2 range. The study has the aim to establish what features of writing are typical of the B2.2, C1 and C2 levels of performance on the Aptis Advanced writing test and make specific recommendations back to test developers in terms of what changes could be made to the task-specific rating scales.

Project 2: Examining test taker processes and strategies and stakeholder perceptions of relevance of the APTIS for teachers speaking test in the Australian context

Strong English speaking skills are considered central to effective teaching in Australian classrooms, and the importance of oral communication and interaction is emphasised in professional standards for teachers. This study investigated the potential of Aptis for Teachers (Speaking) to provide a more authentic representation of the construct of speaking ability in Australian classrooms compared with general proficiency tests, which are commonly used to assess teachers’ English speaking ability. The aims of the study were to examine the speaking processes and strategies engaged by the Aptis for Teachers Speaking tasks, and to explore test-taker and teacher educator perceptions of the appropriateness of the tasks as measures of classroom-ready speaking skills in the Australian context. The project provides empirical evidence relevant to validity claims in relation to the speaking component of Aptis for Teachers, as well as insights into key stakeholder perceptions of the test. A final report on the project was published in the British Council ARAGs Research Reports Online Series in 2020.

In this test, speaking and writing performances are not routinely double-rated and for this reason, raters encounter control items at regular intervals which are designed to ensure that raters are continuously re-standardised and rating to standard. The system therefore has a double function, one of quality control and one of ongoing rater training.

The findings are presented in three areas, namely (a) selection, presentation and retention of control items, (b) standardisation and (c) quality control. The results show that the Aptis team have put in place a number of well-thought out strategies for the selection and presentation of the control items. Possible efficiencies in administration could be gained by automatising the suspension and restandardisation process for the raters, and we have made recommendations along those lines. We also feel that it is important to empirically establish whether the control item system is indeed successful in ensuring continuous rater standardisation and quality control for the Aptis test.