Wiradujri woman and France based writer, Tara June Winch has won the 2021 Kate Challis RAKA Award for her work The Yield.  Her book was published in 2019 and won the 2020 Miles Franklin Literary Award. 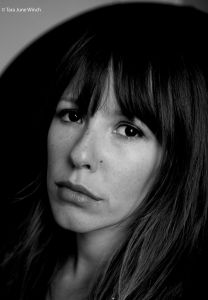 The Kate Challis Ruth Adeney Koori Award, or RAKA, which means 'five' in the Pintupi language, is worth $20,000 and is awarded to an Indigenous artist in one of five categories annually, including: creative prose, poetry, script writing, drama and visual arts.

In summing up the winning work, RAKA Awards the judges' commented: 'What's in a word? Tara June Winch's The Yield gifts the words of Wiradjuri ancestors not only to her readers but also her protagonist, August Gondiwindi, who is returned home from overseas to the township of Massacre Plains. August's story is told in two languages, in which the past and the future is always visiting upon her present. Poppy Albert’s dictionary records 'all the words I found on the wind' and those words prove to be the sounds of ancestors, the memories of his life and a key for August who finds herself fighting still for future of the Country to whom these words belong. baayanha is the 'things you give to, the movement, the space between things.' And between the words of The Yield we find worlds that are ancient, and new, and always being made. The space between is Country. The space between is life. yama-ndhu gulbarra?'

"I'm a Wiradjuri woman, who grew up on Dtharawal country. I want to acknowledge the Country on which you read these words, and acknowledge my fellow writers whose beloved work was published in the last five years. I also want to recognise those writers commended, my mentors, colleagues and friends – Tony Birch, Melissa Lucashenko and Kim Scott. I feel as if I'm only still at the beginning of my career as an interrogator and questioner of the past, present and future of ourselves and our nation, so it is a distinction that I will endeavour to work to, and pay respect to, in my ensuing works and years. I hope I can live up to this great honour.   I'm thankful to the late Professor Emeritus Bernard Smith and I'm touched by his adoration for his wife's Kata Challis' work and life, and feel deeply moved to join the incredible lists of fellow First Nation artists and writers commended and bestowed with this prize.

I'm thankful to my First Nations Australia Writers Network support, my family, to Dr Uncle Stan Grant Senior and Dr John Rudder's work in revitalising the Wiradjuri language, for all of us, for all time. I'm also deeply thankful to the judges and administrators of the prize, to agent Melanie Ostell, to the staff at Penguin Random House, and also to Sue Abbey and my former publisher University of Queensland Press for helping me develop as a writer and introducing me to the Black Australia writing lists, that were non-existent in my high school reading curriculum.

So much has shifted for us writing mob in the last five years, which makes the arrival of this award particularly poignant. We exist, and will continue to fill the spaces on the high school reading curriculums, in the bookstores, in translation and in the hearts and minds of those Australians who were denied truth, and are willing to embrace our story again and again in all its myriad ways and tongues and expressions – whether by Alexis, or Tony, or Melissa, or Kim, or Vivienne or Kevin, or our next generation - Ellen, Evelyn, Nakkiah, Jared, Thomas (and so many others).

This is a very, deeply special award for me, it feels truly like my greatest achievement, and I'm so thankful and grateful."

The Kate Challis RAKA Award was first awarded in 1991 to help advance recognition of Aboriginal artistic achievements. It is one of the earliest prizes for Indigenous artists in Australia and was established by Professor Emeritus Bernard Smith to honour the memory of his late wife, Kate Challis, who was known in her youth as Ruth Adeney.

After his wife's death, Professor Smith sold an art collection they had massed over their lifetime to set up the RAKA. Professor Smith believed in the restorative justice powers of the arts in all forms and as such, the prize is offered annually to encourage Indigenous creative artists to undertake literary works, paintings, sculptures, craftwork, plays and musical compositions, and to assist in advancing the recognition of Indigenous achievements in the arts.

Melissa Lucashenko, Too Much Lip.  'Offers that rare voice in Australian literature, a working-class story full of verve and fully loaded with vernacular.  Rambunctious and hilarious, but never dumbed down.'

Kim Scott, Taboo. 'Takes the reader along a spiritual path deep into the land and its stories, with characters as earthy, as real, as stumbling, as flawed and enlightened, and as courageous as any characters you would want to find in an epic tale.'

Full citations and past winners can be found on the Australian Centre website.