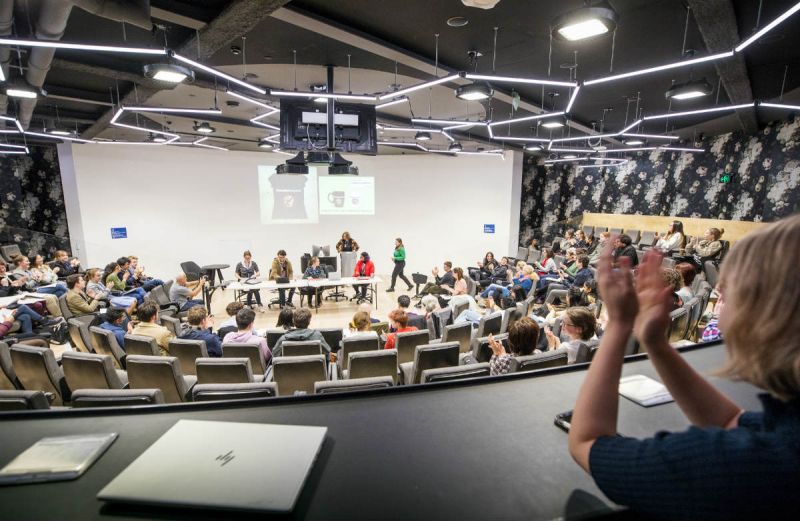 Congratulations to the winners of our MAJOR HACK 2019 challenge: Mehul, Claire and Elisa.

In July 2019, we hosted our first humanities hackathon – MAJOR HACK 2019. Year 11 and 12 students travelled from across the country to our Parkville campus to learn more about Shakespeare’s Julius Caesar.

Attendees worked in groups to respond to a provocation drawn from the play: craft a communications plan for either the Triumvirate or the conspirators after the assassination of Julius Caesar.

We asked the members of our winning group to respond individually to a second provocation: craft a message to the general public, considering the final lines of the play: ‘So call the field to rest; and lets away, To part the glories of this happy day’.

Congratulations to our three prize winners.

Academic champion and Senior Lecturer in Shakespeare Studies Dr David McInnis said that the overall quality of submissions was impressive.

“It was great to see the students thinking critically about Julius Caesar and seeing it from different perspectives. In a world of alternative facts and spin, the play helps us grasp complexity and expose manipulation – something evident in all six submissions,” he said.