IndigenousX as a Form of Digital Disruption

Part of the Indigenous Australia and Digital Futures seminars series

The @IndigenousX twitter account was launched in March 2012. Since then it has risen to more than 41,000 followers, and over 300 Indigenous hosts on the account have shared thousands of stories, facts, reports, pictures, and laughs with an ever increasing audience.

This seminar will discuss the formation of IndigenousX as a social media project turned independent media platform. It will explore some of the past achievements of IndigenousX, looking at how it has played a disruptive role in traditional media and more broadly within the national discourse on Indigenous affairs. It will also discuss the challenges IndigenousX faces in establishing itself as a sustainable platform for the promotion and amplification of indigenous voices online. 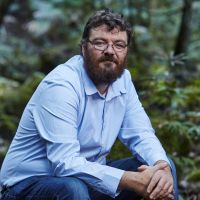 Luke Pearson is the founder and CEO of IndigenousX. Luke is a Gamilaroi man living on the Central Coast NSW with his partner and three children. He is a former teacher turned writer, editor, consultant, commentator and trainer.