Artificial arts: textual-creativity in the age of AI 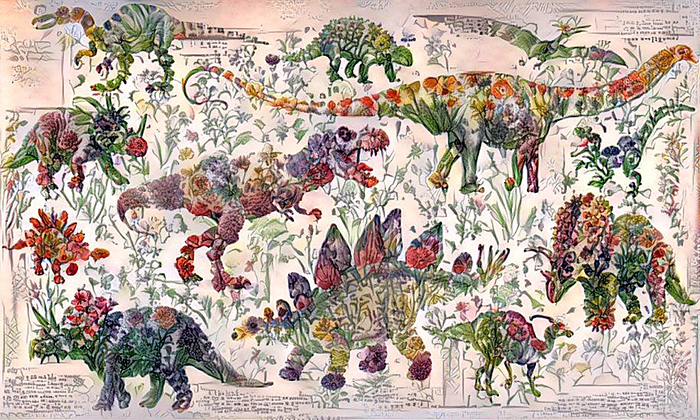 AI has made significant advances as a result of deep learning, the powerful approach to machine learning that has attracted intense interest from computer scientists and technology companies as well as considerable media hype. Using algorithms inspired by the brain and trained on very large datasets, deep learning allows computers to acquire a range of skills that humans pick up intuitively - from detecting objects and understanding speech, to musical improvisation and imitating artistic styles. What do these developments mean for human creativity and cultural expression? Using examples from his practice, media artist Chris Rodley will show how this new mode of expression is challenging conventional notions of authorship, artistic form and creative practice, and reflect on its wider implications for the humanities in the 21st century.

Chris will be available immediately following this event for anyone interested in asking technical questions about his approach to AI and deep learning, and seeing additional demonstrations of some of his work.

On Sunday 2 September as part of the Melbourne Writers Festival, Chris will join the Digital Studio's Professor Rachel Fensham for a special performance of scripts authored by AI, Staged: Death of a Playwright. Chris Rodley is a writer and new media artist from Sydney. His creative projects include the story generator MagicRealismBot, made with his sister Ali, which began life on Twitter and has been exhibited at London’s Somerset House and Colombo, Sri Lanka. He has created numerous data-driven art installations and literary experiments in collaboration with Dr Andrew Burrell, including an automated play script, novel and chatbot which utilise recontextualised social media content. Chris’s experiments with creative tech have been covered in a wide range of publications including the New Yorker, Slate, Gizmodo, LiveScience and many others. He is currently in the final year of his PhD at the University of Sydney, where his dissertation focuses on the impacts of AI on digital media and cultural expression. He is a contributor at BuzzFeed and has written on issues in new media and culture for The Guardian, The Australian, The Conversation and other publications.