The weaponisation of fake news in Australia in the digital age 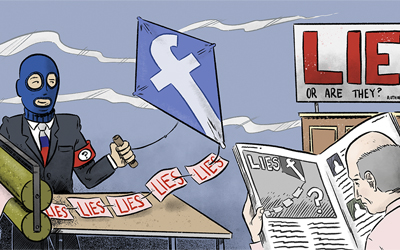 This event is now booked out. Please email digital-studio@unimelb.edu.au to be added to the waiting list. The live stream for this seminar will start at 1.05pm on Wednesday 9 October via the Digital Studio live web page.

‘Fake news’ has become a global term since Donald Trump’s candidacy to become President of the United States. In this seminar, Dr Andrea Carson outlines how Australian politicians have adopted a fake news discourse. Discussion will expand understandings of ‘fake news’ to also incorporate its deployment during an election contest and considers how to deal with the weaponization of fake news in the digital age. 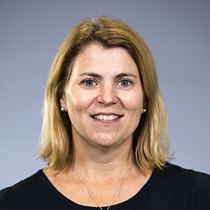 Andrea Carson is Associate Professor in the Department of Politics, Media and Philosophy at La Trobe University. Her research examines politics and the media – with special interests in digital media, investigative journalism and the media's role in a democracy and political communication. She has done extensive research on journalism, Australian politics, party representation, election campaigns and digital media. Andrea holds a PhD in Political Science and an MA in International Politics from the University of Melbourne. She has taught courses on political communication, news media and politics and campaigns and elections. She has worked previously as a print journalist (The Age), online, radio (ABC, RRR) and TV (producer 7.30).