Astronomy in World History provides students a global perspective on the role of astronomy in cultures from East Asia, the Middle East, Europe, Central America as well as those of indigenous Australians. 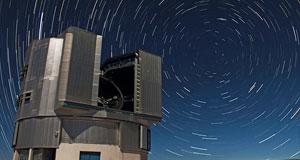 Students also learn to make their own astronomical observations, and get hands on experience using ancient tools such as the astrolabe and the sundial.

Central questions are: how were the same celestial phenomena interpreted in different cultures? How were astronomical observations made? What functions did astronomy have in culture? How was astronomical knowledge transmitted from one culture to another? Why did early modern Europe become the place that developed the idea of modern science? What was the relevance of the heliocentric system - with the earth revolving around the sun - in this development?

With regard to astronomy and the rise of modern science, emphasis is put on the cultural, historical, and institutional settings in which astronomical knowledge has developed. The course traces the complex manner in which Babylonian observations, Greek philosophy, Indian mathematics, Chinese institutions, Arabic scientific method, Mongolian conquests and a medieval religious and political conflict contributed to the rise of modern astronomy in 17th century Europe. The subject will thus give an overview of the origins of our modern world view while offering reflections on cross-cultural studies of science.

The subject is taught as a summer intensive in which lectures are complemented by tutorial discussions, readings and simple astronomical observations. No prior knowledge of astronomy is required for this course. Assessments includes simple observation reports, written assignments, and students can also opt to construct a sundial based on an ancient Roman technique in lieu of one short written assignment. For detailed information about the subject please visit the University Handbook.