This subject explores the history of human inquiry into the nature of physical reality. We begin with Plato and Aristotle, and the break from mythology in the Greek tradition of explaining the natural world that marks the beginning of natural philosophy. 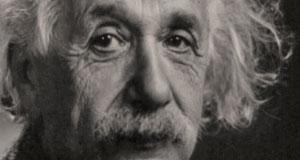 The subject will follow the trajectory of the Aristotelian, earth-centred view of the universe, and Greek astronomy providing an understanding of its continued influence upon ancient and medieval thought. It then turns to an examination of the emergence of new cosmologies, of the universe and its structure during the Renaissance and Early Modern period. The contributions of Copernicus, Galileo and Kepler, as well as the magical tradition in the early Renaissance will be discussed, to shed light on the methods and explanations people used to understand the natural world. It will explore how natural philosophers came to understand the concepts of electricity, magnetism, light and heat and their motivation to discover the underlying unity of natural forces. We will explore the advent and rise of the concepts of force and gravity. The subject looks at original attitudes towards the place of mathematics in the physical sciences, and how we eventually came to harness the explanatory power of mathematics in explanations of the natural world. Be prepared to be introduced to the writing and work of major historical figures such as Plato, Aristotle, Kepler, Galileo, Descartes, Newton, Faraday and Einstein.

The subject also looks at the writings of these historical giants of science in search of an understanding of the cultural, philosophical and social influences that enabled their respective endeavours. If you are interested in how we came to understand the natural world in all its complexity, the rise of experimentation in science, and the colourful historical process that culminates in the staggering scientific advancements of the twentieth century, this is the course to take. No previous historical, philosophical or scientific knowledge is needed to take full advantage of this course. In two lectures and one tutorial per week, we will discuss the concepts together. This subject offers a captivating introduction to the history of science, and allows a deeper appreciation of the way in which science has been shaped by wider social and intellectual movements. For more information please visit the University Handbook.