What is the relationship between religion and science? Are they fundamentally in conflict, or are they complementary?

How did religion inspire the work of scientists like Kepler and Newton? What was at issue in Galileo’s confrontation with the Catholic Church? Can one be a Darwinian, and believe in God and creation at the same time? Are there limits to what science can explain? 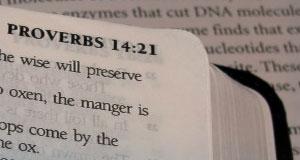 The historical role of science in demonstrating the attributes of God was challenged by the emergence of radically different approaches to the relationship between religion and science. These later approaches positioned science and religion as either mutually illuminating, necessarily antagonistic, or as belonging to separate realms altogether

Join Kristian, an atheist and historian of science, and Stephen, an Anglican Priest and philosopher of science, as they debate these and other questions in ‘God and the Natural Sciences’.

What are the theological origins of physics? Why are the laws of nature what they are? Can locating the brain-functions associated with religious experiences really explain a sustained belief in God? In discussing questions such as these, tutorials will extend and parallel the two weekly lectures and set readings. This will help students develop the ability to systematically assess philosophical questions that arise out of the relationship between science and religion in contemporary society.

Come and engage in lively and informed philosophical debate about historical and contemporary relationships between science and religion. Fore more information please visit the University Handbook.