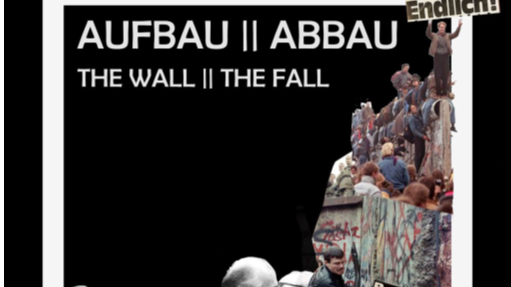 The German Student Theatre Group will present a theatre production aimed at celebrating the 30th anniversary of the Fall of the Berlin Wall. The performance title, 'Aufbau II - The WALLL II The FALL", is set to take place on Tuesday the 29th October at 4.30pm and 31st October at 7.30 pm in Guild Theatre, Union House, located within the University of Melbourne.
This theatre production will explore the personal narratives and experiences of those living on either side of the Iron Curtain and hopes to share how time and the Fall of the Berlin Wall has affected Germany and its people. The play aims to explore changes in the dynamics between people and personal hardships experienced due to this physical barrier separating a country.
The German Student Theatre Group will be using text, audio material and personal recounts of life in the GDR and FRG to create an original production to commemorate the division of Germany and Berlin from 1961 to 1989.
The stage production will be performed predominantly in German but will supply English texts for the non-German speaking audience to follow. The music will be presented by talented musicians and singers from the Conservatorium of Music at the University of Melbourne.
This collaboration includes the employment of theatre and music directors Davide Nores Cerfeda and James Cleverley, who are both former University of Melbourne PhD students.