All things Crimea - a public talk by Olena Nedozhogina. 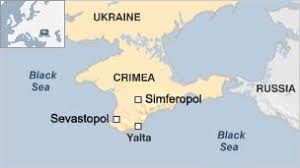 Please feel free to join Olena as she speaks on all things Crimea - its history in Ukraine, the experience of education, media, and everyday life on the peninsula up till the end of the 2000s, and the disruption caused by the annexation in 2014. Economic and transport blockade following the controversial referendum, political and financial changes, electricity blackouts and water shortages - these are just some of the factors that the population has been exposed to, and that have shaped the stories people tell about the change. These stories have been collected and analyzed during a field project (2016) on the narratives of the Crimean annexation, as told by supporters and non-supporters of the change, and its results will be presented and discussed during the talk.