"That first fieldtrip was at once terrifying and exhilarating; it was without doubt the most challenging and the most mind-blowing experience I had ever had."

"I was a white middle class city girl spending 6 weeks on a remote cattle station (Victoria River Downs) in the middle of the Northern Territory of Australia. The Bilinarra people lived on an excision next to one of the station's outposts (called Pigeon Hole). Pigeon Hole outstation was a collection of about 15 houses/buildings with a big fence down the middle separating the Aboriginal community from the station workers. I quickly worked out that I felt far more at home on the 'Aboriginal' side of the fence, where the Bilinarra community welcomed me with warmth, affection and humour. I also discovered how hard linguistic analysis in the field is!!

The two senior Bilinarra men - Hector and Anzac, with their cheeky grins and cattle station Kriol, took it upon themselves to introduce this young city slicker to the Bilinarra language and culture, while I sat in a stunned silence not understanding a single word of it. After a few frantic phone calls to Nick Evans from the outback radio in the station house ("(sobbing) I can't even understand their translations, let alone their Bilinarra. Over and out.") I realised that I just had to keep the tape recorder running, and let it happen organically, in its own time."

Read more about Rachel's journey as a researcher... 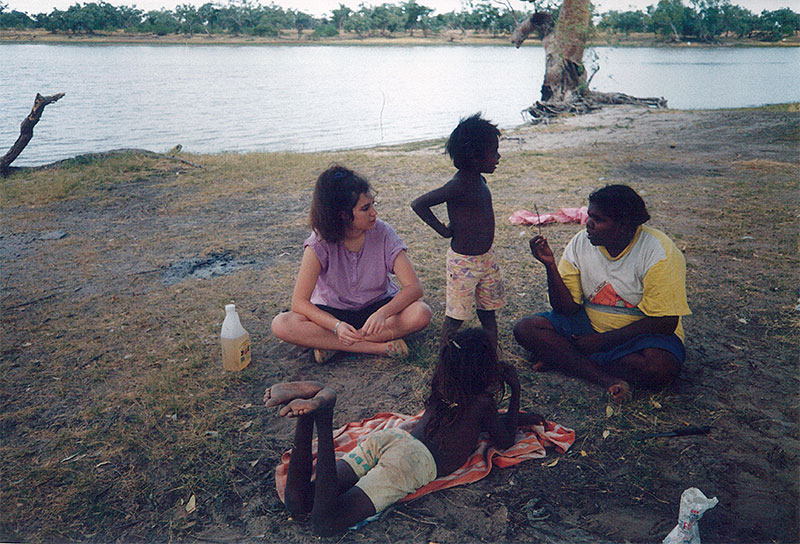