Professor Anthony Pym joins the School of Languages and Linguistics

Anthony Pym is currently the Distinguished Professor of Translation and Intercultural Studies and coordinator of the Intercultural Studies Group at the Rovira i Virgili University in Tarragona, Spain. He is also President of the European Society for Translation Studies. Renowned for his work in translation studies, he is also a fellow of the Catalan Institution for Research and Advanced Studies, Visiting Researcher at the Middlebury Institute of International Studies at Monterey, Professor Extraordinary at Stellenbosch University, and Walter Benjamin Visiting Professor at the University of Vienna in 2015.

Professor Pym attended the University of Western Australia, completing his BA (Hons) at Murdoch University in 1981. He held a French government grant for doctoral studies at the École des Hautes Études en Sciences Sociales, where he completed his PhD in Sociology in 1985. In 1983–84 he was a Frank Knox Fellow in the Department of Comparative Literature at Harvard University. In 1992–94 he held a post-doctoral grant from the Alexander von Humboldt Foundation for research on translation history at the University of Göttingen, Germany. In 1994 he gave seminars on the ethics of translation at the Collège International de Philosophie, Paris. After years as a professional translator, journal editor and organiser of cultural events in France and Spain, he taught in the translation departments of the Autonomous University of Barcelona and the University of Las Palmas de Gran Canaria. In 1994 he joined the Rovira i Virgili University in Tarragona, Spain, where he set up the Intercultural Studies Group in 2000, postgraduate programs in translation in 2000, and a doctoral program in Translation and Intercultural Studies in 2003. He has been a Visiting Researcher at the Monterey Institute of International Studies since 2006.

Professor Pym works on sociological approaches to translation and intercultural relations. He was one of the first to move the study of translation away from texts and towards translators as people. He has also conceptualised translating as a form of risk management, rather than a striving for equivalence. He has hypothesized that translators can be members of professional intercultures, operating in the overlaps of cultures, and that their highest ethical goal is the promotion of long-term cross-cultural co-operation. In recent years he has been attracted to the concept of inculturation, through which he sees translation as one of the ways in which minority cultures are absorbed into wider cultural systems and can then modify those wider systems. 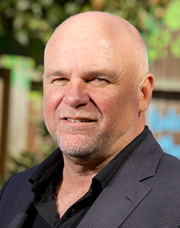