Turning Point "Leipzig 1989": The peaceful revolution in Germany before the Fall of the Berlin Wall 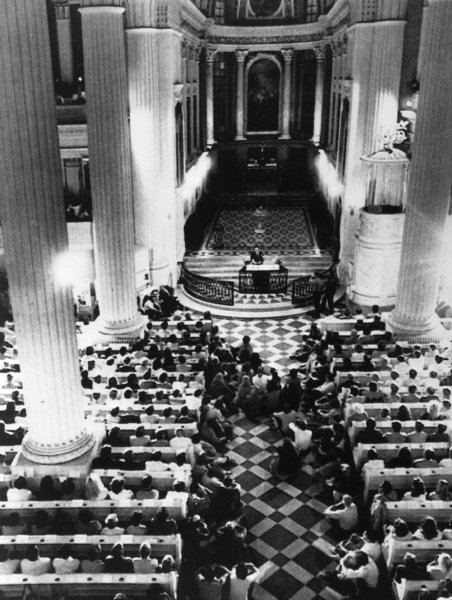 You are warmly invited to attend this public event involving a Film Screening and Discussion.

On 9 November 1989, the inner German border was opened, the Berlin Wall became obsolete. The process leading up to this event was anything but straightforward. The feature film, Nikolaikirche (Frank Beyer, 1995) showcases some of the steps and processes that finally led to the reunification of Germany and the end of the separation of Europe.

Focusing on the peace movement around Leipzig’s Nikolaikirche (St Nicholas Church), Beyer’s film provides an insight into this turbulent time. The screening of the film will be framed by a discussion with contemporary witnesses of the time Marko Gebel, Co-Founder of German Cinema Melbourne, born 1974 in East Germany, not far from Leipzig with special interest in East German history.