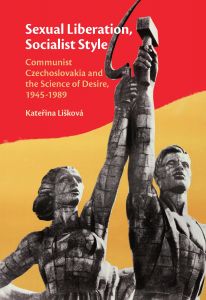 While the usual account places sexual liberation to 1960s West, I will argue for an earlier and systemic sexual liberation that took place in the 1950s in one of the countries of the Cold War East. I will show how important aspects of sexuality were freed already during the first postwar decade in Czechoslovakia: abortion was legalized, homosexuality decriminalized, the female orgasm came into experts’ focus – and all that was underscored by an emphasis on gender equality. However, by the late stages, known as Normalization, gender discourses reversed, and women were to aspire to be caring mothers and docile wives. Good sex was to cement a lasting marriage and family.

In contrast to the usual Western accounts highlighting the importance of social movements to sexual and gender freedom, here we discover, based on the analysis of rich archival sources covering forty years of state socialism in Czechoslovakia, how experts, including sexologists, demographers, and psychologists, advised the state on population development, marriage, and the family to shape the most intimate aspects of people’s lives.