Our 360-degrees interactive film invites you on a journey to five Latin American and Australian sites of ceremonial exchange with nature.

During 2019-2020 I visited sacred sites in Mexico, Cuba, and Australia. During these encounters I asked community leaders “what does nature mean to you?” While their responses varied, all described nature not as a resource to be extracted but rather as a living entity to engage in a relationship. Nature is not a “what” but a “who.”

Produced in collaboration with Suns of Mercury and Harmonic Whale, the film brings viewers on an interactive virtual tour. Among the destinations is a Mayan sacred cenote lake in Mexico’s Yucatán peninsula, a medicinal forest in Havana, and the landscape of Western Australia as it is sculpted by the Aboriginal Dreamtime serpent Beemarra. Hotspot buttons within these scenes trigger interviews with community elders, together with maps and texts to illuminate their histories and cultures. These insights provoke reflection on a fundamental question: “Who is Nature?”

Explore the 360 scenes by holding down your mouse, touchpad, or finger while scrolling in any direction. Simply touch the hotspot buttons to open the maps, interviews, and texts.

Watch in medium resolution on any device.

Watch in high resolution on any device or VR headset. 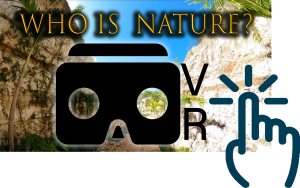 Experience “Who is Nature?” on the VeeR Virtual Reality app 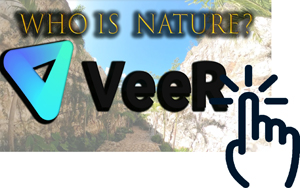 Tip: Use the Chrome browser for expanded options, such as downloading the film to watch later offline.  An ultra-high-definition version for high-speed internet is available here.

This project was funded in part by the Council on Australia-Latin America Relations (COALAR), a branch of the Commonwealth Department of Foreign Affairs and Trade (DFAT).

We thank Birrarrung at Merri Creek, who inspired this project, and the Wurundjeri people and lands where it was produced.