It is well known that at EU level the ‘first-arrival’ criterion provided for by Regulation 604/2013 (“Dublin III Regulation”) is proving controversial. In an effort to tackle (at least in part) this issue, the European Commission and the European Parliament engaged in receiving potential asylum seekers through two different paths. This change of direction might prima facie appear as a response to the EU and its Member States’ urgent need to respect human rights. Yet, at a closer look, these institutions are primarily supporting their own programme, with the self-evident result that neither a legislation on humanitarian visas nor on common provisions on resettlements have been adopted so far. As a result, the risk of death along migration routes is still a persisting reality.

In 2016 the European Parliament made a first attempt to establish humanitarian visas, i.e. visas allowing persons in need of international protection to reach the territory of EU Member States and file their request. The Parliament's resolution (PDF 370KB), amending the Commission’s proposal for a recast of the EU Visa Code, called Member States to issue humanitarian visas through their embassies in foreign countries. However, the Parliament’s request remained unheard.

In December 2018, acknowledging the persistent lack of a legal framework for safe and legal pathways at the EU level, the Parliament passed a new resolution (PDF 151KB) on Humanitarian Visas, this time requesting the Commission to submit a proposal for a regulation to allow persons seeking international protection to regularly enter the territory of the Member States. In brief, according to the Parliament, an EU humanitarian visa system is the sole mechanism able not only to decrease the soaring cost in human lives along migration routes, but also to facilitate the harmonisation of humanitarian admissions, which have, until now, worked though highly discretionary practices (i.e. resettlement or sponsorship programmes and humanitarian corridors) owing to a lack of common, regular pathways to access international protection.

The Commission rejected again the Parliament’s request. The decision was based on two grounds: firstly, by mentioning the Case X and X v. État belge, where the Court of Justice found that Member States are not required under EU law to grant humanitarian visas (PDF 671KB) to persons who wish to enter their territory for asylum purposes (in contrast to the position supported by the Advocate General Mengozzi in his conclusions); secondly, by affirming that its Union Resettlement Framework Proposal of July 2016 sufficed the purpose.

Resettlement (PDF 303KB) thus emerged as an offshore processing of asylum requests akin to humanitarian visas, allowing the admission of third country nationals and stateless persons to the territory of Member States for international protection purposes. However, these mechanisms are marked with notable differences. In the humanitarian visas system conceived in the Parliament’s last resolution, third country nationals file their international protection request by choosing the embassy of a Member State. Resettlement, instead, operates in the opposite direction, with Member States leading the process. On account of a range of criteria, EU States concerned identify and register those who they intend to resettle, and only in a second moment assess whether the selected individuals are eligible for international protection, following UNHCR and IOM referral.

In addition, resettlement is based on points (d) (common procedures), and (g) (partnership and cooperation with third countries) of Article 78.2 TFEU. In its Proposal, the Commission finds third countries' effective cooperation with the Union in the area of migration and asylum an ‘important element on which the Commission will base its decision’. Article 4 of the Proposal indicates some key points concerning third countries from which resettlement shall take place: 1) their efforts to reduce the number of irregular migrants crossing the Union's border from their territory; 2) their cooperation on readmission and return of migrants irregularly staying in the territory of the Member States; 3) their commitment to create the conditions for the use of the safe third country notions; and 4) their capacity for the reception and protection of people seeking international protection.

These conditions unveil a deeply asymmetric cooperation, where third countries need to adapt their migration policies not much to comply with human rights laws, rather to accommodate to the EU externalisation attitude. This conditional aid towards third countries is moreover reflected in Article 10.1(b) of the Proposal which clearly allows Member States to give preference to migrants whose social and cultural characteristics can facilitate their integration. This ultimately risks turning resettlement from a tool of international solidarity and humanitarian relief into a cherry-picking practice. On the matter, the Parliament has expressed deep concern (PDF 1.11MB) in its 2017 report: ‘The strategic use of resettlement should not be interpreted as migration control or used as a means to achieve the Union’s foreign policy objectives. The lack of strategic use of resettlement should not be used as a reason to exclude a country or region as a geographical priority.’

In Arthur Schopenhauer’s philosophy, the veil of Maya hides reality and shows only a superficial appearance. As things stand, the Commission’s veil of Maya might be represented by the willingness to resettle people in need of international protection as a way to alleviate migratory pressure on third countries. However, it should remain a complementary programme for international protection, and not its replacement, attracting all the EU Commission’s attention and efforts. Moreover, underneath the surface, the real Commission’s priorities seem to be others. Curbing irregular migration to the EU through conditional cooperation (PDF 68KB)  and establishing an admission procedure that allows Member States to select third country nationals on account of their socio-cultural affinity risks to overcome the legal duty to protect people from severe damages. As conceived, resettlement may turn out to be the umpteenth externalisation policy that serves foreign policy objectives rather than international protection purposes. 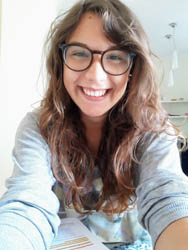 of Human Rights from the University of Bologna. She collaborated with the Global Campus of Human Rights (Venice) and the University Milano-Bicocca in the field of human rights, asylum and immigration detention, and vulnerability at sea. Currently, she is Project Assistant at the University of Bologna as well as Human Rights and Migrant Protection Focal Point at the UN Major Group for Children and Youth. Her main research interests encompass the analysis of new drivers of forced migration, such as environmental crimes, and the feasibility to expand the system of international protection to address the current threats to people’s enjoyment of human rights.