Externalization and human rights in the context of the 2020 EU Pact on Migration and Asylum: Paradigm Shift or Optical Illusion?

On 23 September, the European Commission launched the New Pact on Migration and Asylum (hereinafter, “EU-PMA”) which had been advanced in July 2019 (1.1Mb pdf). Although the EU-NPMA does not set forth binding commitments it is still the 5-year general strategy of the “von der Leyen Commission”. This initiative prompted discussions for some time already, especially with regard to the externalisation of EU migration and asylum policies (eg Refugee Rights Europe ). Therefore, the question arises whether the EU-PMA is expected to change the approach concerning the externalisation of those policies.

Indeed, it is assumed that the 2015 Agenda on Migration (PDF 596KB) – which is a sort of predecessor of the EU-PMA – contributed to preventing the arrival of (vulnerable) migrants, including asylum seekers. The 2015 strategy stresses more than ever the need to involve third countries in the management of migratory flaws towards the EU. The ultimate goal of the Partnership Framework with third countries (445Kb pdf), drafted by the Commission to implement the Agenda on Migration more efficiently, is

“a coherent and tailored engagement where the Union and its Member States act in a coordinated manner putting together instruments, tools and leverage to reach comprehensive partnerships (compacts) with third countries to better manage migration in full respect of our humanitarian and human rights obligations.”

Accordingly, “the full range of policies and EU external relations instruments have to be brought to bear”, which means “a change in approach and fresh thinking with a mix of positive and negative incentives and the use of all leverages and tools” (p. 6).

For sure, it cannot be denied that the Commission also sought to foster development assistance in third countries of origin and transit. However, the Partnership framework under the Agenda on Migration is at the root of controversial undertakings. Above all:

a) the texts of some compacts are not available;
b) the compacts are based on the so called “migration control conditionality” and imply containment measures that are frequently implemented by the armed forces of unsafe “partner” countries;
c) these countries have received huge amounts of development funds and the use of those resources has often been diverted.

The EU’s modus operandi attracted criticism from academics (for example, D’Humières (200Kb pdf), Kipp, Moreno-Lax and Lemberg-Pedersen, Palm (185Kb pdf), experts (as Frelick, Kysel and Podkul (580Kb pdf)), NGOs (see Concord (5Mb pdf), EuroMed Rights (110Kb pdf)) and international organisations (like the Council of Europe). Even within the EU concerns were raised. To put it briefly, the externalisation of EU migration and asylum policies is negatively affecting migrants in vulnerable conditions to the point that the above mentioned “full respect of [EU] humanitarian and human rights obligations” seems to have been disregarded.

Against this background, the President of the European Commission announced that the EU-PMA would “take a human and humane approach”, thereby suggesting that the existing cooperation schemes between the Member States and between the EU (alongside its Member States) and third countries need to be rethought for the benefit of migrants.

In fact, some major changes were announced even though they mainly concern the internal dimension of EU migration and asylum policies. In particular, the idea was to get rid of the “first entry” criterion provided by the “Dublin III” Regulation, with a view to promoting solidarity among Member States and, by extension, towards individuals. Instead, this has not been the case. The Commission failed to propose clear obligations directly enforcing the solidarity principle enshrined in Art. 80 of the Treaty on the Functioning of the European Union. At most, the 2020 strategy (705Kb pdf) envisages voluntary and flexible solidarity mechanisms in terms of relocations, return procedures or operational support.

Therefore, the management of the EU migration policies will essentially rest on two pillars which imply the involvement of third countries. In the first place, the EU-PMA is focused on returns of irregular migrants. Now, this priority is neither new nor unlawful but investing in return should not be the primary option to make up for Member States’ systemic deficiencies in the management of migratory movements and for lack of mutual assistance. Furthermore, returning irregular migrants generally proves extremely challenging. So, the second pillar can only be the externalisation of EU migration and asylum policies. The 2020 strategy reaffirms the need to resort to a wide range of flexible policy tools to secure the cooperation of partner countries. Nothing in the words of the Commission lead to the conclusion that the EU will address the critical issues characterising these instruments. On the contrary, some ambiguous or regrettable initiatives, such as the deals between the EU and certain African countries or the 2016 EU-Turkey Statement, keep being supported.

In sum, the EU-PMA shows that rhetorical commitment to mutually beneficial international partnerships centred on the prevention of migratory movements will continue. Some critics are thus of the view that the Commission proposed a pact “against migration”. Apparently, the most voiced opinion is that, as long as the external dimension of the EU migration and asylum policies is concerned, the EU-PMA contains “unrealistic proposals which risk undermining human rights”. The point is that, as rightly observed by Sergio Carrera (1.9Mb pdf), the EU-PMA gives priority to the agendas of the Member States in areas where the EU enjoys competence, so that the “intergovermentalisation” of the EU migration and asylum policies shines through the whole strategy. But after all, it is no mystery that when it comes to the governance of migration “security approach is the only point of consensus between Member States”. The European Commission is probably aware that it cannot avoid coming to terms with this issue. With all due respect to humanitarian and human rights. 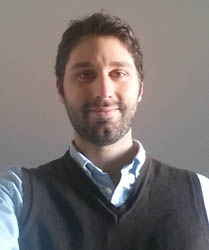 the municipality of Bologna. He holds a PhD in European Law from the Universities of Bologna and Strasbourg (2015) and a Specialising Masters in Human Rights and Humanitarian Intervention (2011). Federico conducts research and published widely on migration issues at international and EU level. He also monitors the evolution of the EU secondary law and jurisprudence on migration on behalf of the journals Immigrazione.it and Diritto, immigrazione e cittadinanza. He also deals with many other fields falling within the scope of the law of the EU, such as sustainable development, development cooperation, environment and energy, digital innovation, intellectual/industrial property