How does border externalization relate to the climate emergency?

The spectre of the ‘climate refugee’ has routinely been leveraged by a range of actors promoting policies ranging from reducing greenhouse gas emissions to investing in military capabilities to protect external borders. Often advanced by voices from within the ‘climate security’ community, the perceived threat of large-scale, cross-border human mobility is also framed by voices from the natural sciences who see this prospect as one symptom of the climate breakdown that is the predicted consequence of contemporary emissions pathways. According to this narrative, countries in the global North can expect ‘substantially increased migratory pressure’ (27b pdfKB) as a consequence of climate change. Although methodologies for predicting numbers and trajectories have been cogently criticized by migration scholars who see no past parallels and who question underlying assumptions about when, why, how and where people move within and across borders as the climate emergency escalates, there is no escaping the thought that, perhaps, some people are going to have to leave severely degraded environments and try to live somewhere else.

A challenge for researchers is trying to isolate climate from other factors inducing people to leave their countries. A case in point is Senegal. The last months have seen a dramatic increase in the number of migrants and refugees arriving by boat to the Canary Islands. During the first 11 months of 2020, about 20,000 people arrived, with over 8,000 in November alone. These figures are drastically higher than those of 2019, when 2,557 people arrived during the course of the year. A large percentage of these arrivals are Senegalese. According to IOM, at least 563 people have died on the Atlantic route this year.

What is driving these people to make this very dangerous journey away from home? Many are coming from the fishing communities dotted along the Senegalese coast. One example is Guet Ndar, a fisherfolk neighbourhood in the port city of St. Louis. Rising sea levels and more extreme Atlantic storms are causing up to 5 or 6 metres of beach loss every year, with one particularly severe sequence of storms in 2017 and 2018 displacing over 2,500 people. The government estimates that 150,000 people will ultimately have to leave the city. Warmer temperatures are also causing currents to shift northwards, pushing essential sardine stocks with them. There is, however, another crucial human factor at play as well. Overfishing by foreign industrial trawlers, including from the EU, has wreaked havoc on fish stocks. In Saint-Louis, ministry data shows an 81 per cent drop in fish caught between 2016 and 2018. It is this complex interplay of climate and other, more immediate, human impacts that are forcing fishers to set out in their boats; not to fish, but to seek a better future across on the Canary Islands and onwards to mainland Spain.

How are the already exclusionary immigration and asylum policies of countries in the global North responding to this unfolding climate emergency?

The picture is complicated and nuanced. Climate change is increasingly recognised as a factor that contributes to displacement, but policy responses at international and regional levels do not reflect the climate security logic that fears ‘waves’ of climate refugees. Rather, documents that expressly focus on cross-border displacement in the context of disasters and climate change tend overwhelmingly to reflect a far milder, managerial approach focusing on ‘effective practices’ that host countries can adopt, complemented with support for disaster risk reduction and climate change adaptation initiatives to help tackle some of the ‘root causes’ of cross-border human mobility. This, more dominant, policy framing is reflected in the Agenda for the Protection of Cross-Border Displaced Persons in the Context of Disasters and Climate Change (6.1Mb pdf), the Global Compact on Safe, Orderly and Regular Migration (GCM), the Framework for Resilient Development in the Pacific, the African Union Declaration on Durable Solutions to Forced Displacement in Africa (1.8Mb pdf), the Regional Committee on Migration Guide to Effective Practices, the EU Staff Working Document on Climate Change (1.2Mb pdf), Environmental Degradation and Migration (295Kb pdf), amongst others. These documents also tend to recognise the currently prevailing view amongst migration scholars that most people who move in the context of disasters and climate change tend to move within their own countries, and that this pattern is likely to continue, including as climate change, interacting with other factors that contribute to exposure and vulnerability, traps some people without the resources to move (6.4Mb pdf) in increasingly degraded environments.

Considering the wide range of policy commitments that reflect scientific understanding of current and projected future patterns of internal and cross-border displacement in the context of disasters and climate change, one may be forgiven for indulging a sense of mild optimism that, perhaps, the international community is, together with regional institutions, on track to develop and implement effective practices that respect human dignity and promote sustainable livelihoods, including even through the development of ‘migration as adaptation’ initiatives. However, one need only to check international headlines in Europe, North America, or Australia, including those reflecting the experience on the Atlantic route between West Africa and Europe, to feel optimism replaced with a kind of cognitive dissonance. Why is the rhetoric so at variance with the reality? The recent report by the UN Special Rapporteur on contemporary forms of racism, which examines racial discrimination and digital border technologies, demonstrates clearly how states are investing heavily in new technologies of deterrence. Externalization initiatives expand the borders of the global North deep into the lives of people in the global South. Crops fail. Sea levels rise. Fish migrate. Livelihood opportunities diminish. People are on the move, and dying at sea and on land.

Understanding global North responses to climate- and disaster-related human mobility in the 21st century needs to start with the conduct of those states, rather than the (predominantly non-binding) commitments expressed in documents such as the Global Compacts. The overwhelming priority for the governments of rich states in the global North is to prevent the irregular movement of people into their jurisdiction. If climate change adaptation and disaster risk reduction initiatives can reduce ‘push factors’, then such initiatives form a welcome alternative to harder edged deterrence mechanisms. If migration as adaptation initiatives can be developed in a manner that respects the human rights of those affected, then such initiatives would also sit comfortably with the priority of preventing people from choosing to risk their lives as the only available option to facing environmental catastrophe.

Thus, the cognitive dissonance is unfounded. For governments, the deterrence paradigm remains predominant, with other global and regional policy commitments a clear complement, rather than contrast. Looking again at Senegal, however, a key step must be to unravel the complex web of factors that leads thousands to opt for the perilous voyage across to the Canary Islands, and to leverage the full range of policy responses, including those relating to safe, orderly and regular migration, in response. Contemporary priorities (725Kb pdf) of countries in the global North relating to ‘prevent[ing] dangerous journeys and irregular crossing’, or ‘combatting migrant smuggling’ can only result in further border deaths and increasing xenophobia directed towards those who, against the odds, manage to scale the wall or cross the sea. Commitments to ‘enhance[d] availability and flexibility of pathways for regular migration’ reflected in the Global Compact on Safe, Orderly and Regular Migration, and other international and regional documents referred to above need to be complemented by the consultative development of mobility schemes facilitating access to international protection, as well as employment, education, and family unity, as a necessary complement to climate change adaptation, disaster risk reduction, sustainable development, and other measures.

Matthew Scott is head of the People on the Move thematic area at the Raoul Wallenberg Institute of Human Rights and Humanitarian Law in Lund, Sweden. His area of expertise lies in legal and pol 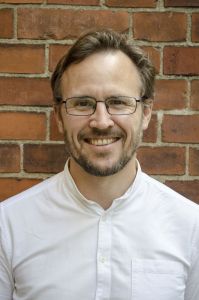 icy responses to internal and cross-border displacement in the context of disasters and climate change. In this space, he has published a monograph with Cambridge University Press entitled Climate Change, Disasters and the Refugee Convention, an edited volume with Routledge entitled Climate Change, Disasters and Internal Displacement in Asia and the Pacific: A Human Rights-Based Approach, along with a range of book chapters and academic articles on the subject. He is a member of the advisory committee of the Platform on Disaster Displacement, a member of the editorial board of the Yearbook of International Disaster Law, and a founding member of the Nordic Network on Climate Related Displacement and Mobility, and the Gothenburg, Lund, Uppsala Migration Law Network. He holds a PhD in Public International Law from Lund University, a Masters degree in Social Anthropology of Development from the School of Oriental and African Studies at the University of London, and is a solicitor of the Senior Courts of England and Wales 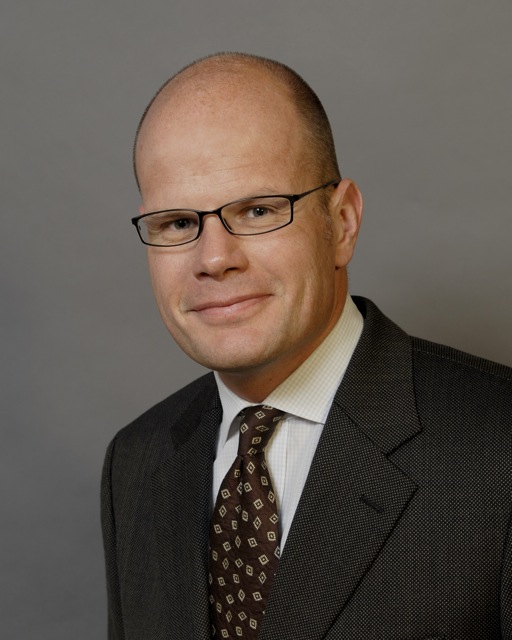 Carl Söderbergh is Director of Policy & Communications at Minority Rights Group International (MRG), a post he has held since 2009. Carl is responsible for overseeing MRG’s external communications, including its UN advocacy, publications and media work. In 2019, he accompanied a group of journalists to Senegal as part of an EU-funded programme to train media professionals on migration issues. He worked previously as Director of Amnesty International (Sweden). He assisted in opening Amnesty’s office in Afghanistan in 2002 and carried out numerous human rights monitoring trips there as well as to other countries on behalf of the organisation. Prior to that, Carl worked for UNHCR in Pakistan and Sudan. Carl holds a J.D. from Harvard Law School and degrees in international affairs from Princeton and Cambridge