From the late 1940s to the collapse of the Berlin Wall in 1989, the world experienced an ideological competition between two main blocs, each claiming that its political-social-economic-cultural system was supreme.

The competition between the two blocs was fierce. New and old states had to choose between American or Soviet hegemony, understood in Gramscian’s Weltanschauung terms.

During this time, the West (understood through an Orientalist construction) presented itself as the bastion of Liberal Democracy (a reference to Lockeanism) and Capitalism. The East, identified with the Soviet Union, was described as antithetical to Liberal, democratic values as its political system was socialist, committed to a planned economy, which meant undermining individualism and innovation.

Key to the Western powers campaign against the East was a transformative process that saw the political, social, economic, and cultural elites constructing a specific narrative of Western supremacy. The image, promoted aggressively by the United States through cultural diplomacy, was that the Soviet Union, was with much justification, an abusive, oppressive, dictatorial, ‘evil empire’, whereas the West and especially the U.S. was a socially-liberal, economically-advanced, politically-free, and culturally-inclusive.

The United States was able to undertake such a massive propaganda campaign that involved mass media because it had the financial muscle and a cohort of devotees determined to project the American Dream. The problem was that much of the message was not based on fact, but rather on an imagined City on the Hill, that ignored the actions of the House Un-American Activities Committee, the lack of civil and political rights, police abuses, the use of eugenics, and other violations.

Looking back at the Cold War, those who were fleeing the Soviet Union and such systems were therefore invaluable assets to Western political leaders as they helped promote the claim that the western socio-economic-political-cultural system was superior to that of the USSR, as people seemed to only want to escape from the East to the West and not vice versa.

The narratives these migrants projected became vital for the Western political-cultural elites who were seeking to construct a quasi-Kantian cosmopolitan society based on their perception of western civilisation that in 1989 heralded the ‘end of history’ and proclaimed that ideology was dead because liberal, capitalism had defeated socialism.

The identities of the regular and irregular migrants during the Cold War became ascriptive, as these men and women assumed imagined archaic identities of their adoptive states. In doing so they ignored the discrimination they faced (for example many Jewish émigré celebrated and promoted Americanism, even though anti-Semitism was rife in 1950s and 1960s America, which may also explain why many ‘Americanised’ their religion in the hope of fitting in).

In the U.S., this was seen most clearly with the first generation of neoconservatives many of whom begun their political journey as Soviet political dissidents, hawkish Democrats and even Marxists or Trotskyites before switching to support Ronald Reagan. The migrants that came to the U.S. were expected to (and many did) embrace new identities, becoming more nationalist and hostile towards their country of origin. The recent fiasco surrounding Colonel Vindman is a stark reminder of how these migrants worked hard to assimilate and integrate, leading Brigadier General (retd.) Peter Zwack to remind many that question the loyalties of these migrants “Totally self-made, as you often get with immigrants. They’re hungry. There’s a drive to pay back the opportunity that your new nation gave you.”

The legacy of the way the West presented itself to its people helps explain the current rise of the anti-immigrant, populist, socially conservative momentum across the Western World that is challenging the political establishment that ‘won’ the Cold War. Principally, it is argued that the old political parties have lost their way as they embrace political correctness, a euphemism for abandoning an imagined community and of an imagined past. In other words, we are seeing a persistent move towards the nostalgic paradigm, with its four principal strands: a sense of historical decline and loss; a sense of absence of personal wholeness and moral certainty; a sense of a loss of individual freedom and genuine social relationship; and a sense of loss of simplicity, if not of innocence.

For right-wing populists, many of whom lead the charge against migration, the cause of the decline is uncontrolled migration which has led to the dilution of ‘Western Civilisation’ or Judeo-Christian West, as captured by President Trump during his July 2018 State visit to London when he declared ‘I think you are losing your culture. Look around. You go through certain areas that didn’t exist 10 or 15 years ago’ and ‘I think allowing millions and millions of people to come into Europe is very, very sad.’

The nostalgia and the normative transformation rely on the assumption that when civilisations, cultures, and traditions come together there is only one outcome: conflict (best seen through Samuel Huntington’s Clash of Civilisations thesis) as opposed to the recognition that such interactions lead to progress and development. The narrative is ahistorical and anti-humanist in its outlook, rejecting centuries of inter-communal relations that facilitated the rise of Venice and made medieval Córdoba a centre of learning and of economic prosperity (which should be compared to the economic consequences of the Spanish Inquisition).

Increasingly, political parties and movements such as the AfD, the Dutch VVD, the Brexiters, and arguably even President Trump, claim to present the norms of the bygone times. An integral element in their narrative is that the infusion of regular and irregular migrants has undermined the many of the social-economic-political-cultural values of the past; the same values that helped the West defeat the USSR. Key to their agenda is a need to restore Western, European civilisation to its former glory which requires the removal of the ‘other’, even though during the Cold War, embracing the ‘other’ was seen as a good thing because it helped undermine the USSR and what it stood for. 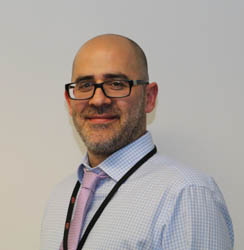