Refugee externalisation policies: Some reflections from the first CONREP workshop 2019

I was able to attend the Comparative Network on Refugee Externalisation Policies Masterclass and Workshop in Italy this year after receiving the CONREP Travel PhD Scholarship. As a reflective piece of this experience, this blog presents themes of refugee externalisation that resonated with my work on Bangladesh's response to the Rohingya refugee crisis. I argue that EU and Australia's narratives and policies of externalisation highlighted by the academics, researchers, practitioners and activists in the workshop have trickled down to refugee host countries in the global South which continue to host the majority of asylum seekers.

The speakers of the workshop and masterclass highlighted the multitude of ways in which the EU and Australia have abrogated their obligations towards refugees through externalisation processes that actively pass on responsibilities to neighbouring less powerful states. In presenting the practices and impacts of externalisation, various common analytical themes emerged from the presentations. I focus on three of these here and refer to them as the "architecture of externalisation". The first analytical theme prompted us to think beyond externalisation as a set of practices, but as actions rooted in political discourses and narratives reproduced in the public sphere which ultimately results in a process of exclusion of refugees. This includes exclusion through containment, exclusion through othering, and so forth.

Another analytical theme highlighted the use of the law as a tool to facilitate and legitimise externalisation. From interception and interdiction at sea to organised secrecy in offshore detention facilities, the law has been utilised to enable the lived experiences of harm by refugees.

The final common theme locates this intentionality of harm of externalisation policies as a rationale for their existence. Through detention, the militarised policing of borders, and the reality of death at sea by preventing humanitarian rescue efforts, externalisation policies operate as threats of harm to prevent and deter refugees to travel to the EU and Australia.

While researchers and academics presented these themes in terms of theory and research, the workshop also provided activists, practitioners and those with lived refugee experiences a platform to share their perspectives. For example, an ex-Manus Island detainee believed that the medical neglect in Manus was a purposeful strategy of Australia’s refugee externalisation regime. Similarly, a representative from Médicins Sans Frontières provided an overview of how their relationship with states shifted through these processes of externalisation from one of coordination to criminalisation in their sea rescue operations in the Mediterranean. These perspectives demonstrate the intermingling nature of elements within the architecture of externalisation.

Being part of the workshop facilitated reflections on my Master's research regarding Bangladesh's experiences with Rohingya refugees. Bangladesh’s responses to Rohingyas can be situated within Australia's externalisation policies of the region. Australia has repeatedly presented refugee flows as a 'problem' within South East Asia. The policy frameworks have legitimised and perpetuated the security lens through which refugee movements have been viewed within the region.

Bangladesh's initial response to those fleeing genocidal violence in Myanmar was to close down its borders. Between 2012 - 2016 an ad hoc policy framework was pursued. This included: intercepting and pushing back boats carrying the Rohingya; banning NGOs providing emergency assistance to Rohingyas arriving at the country's shores; and the banning of marriage between Rohingyas and Bangladeshis.

During this time, the government reproduced the rhetoric of the global North, framing refugees as security threats and burdensome outsiders who must be contained; garnering popular support to push back refugees to Myanmar. Knowing that the borders in Bangladesh were closed, refugees sought to reach Thailand/Malaysia via the Bay of Bengal, a route which the UNHCR called three times more dangerous than crossing the Mediterranean. In addition, Amnesty International suggested that "hundreds, maybe thousands, more refugees and migrants have perished at sea than first estimated."

The number of Rohingyas who have died are not unintended consequences of Bangladesh's overarching refugee refusal strategy. The Bangladeshi government utilised the reality of death, disease and violence against refugees as a tool to deter Rohingyas in Myanmar who were thinking of making the journey to Bangladesh. These refusals can be viewed as acts that directly enable deliberate killing, starving, spreading of disease and brutalisation of women in Rohingya populations by Bangladesh. Furthermore, they appear to mimic the architecture of refugee externalisation practiced by the global North.

Since 2017, as the numbers of refugees arriving grew exponentially and pushbacks were no longer feasible, the borders were opened. Some estimates suggest over 1 million Rohingyas are currently residing in Bangladesh. While the country has rightfully gained international praise housing and caring for such a large population of refugees, the broader policy frameworks pursued continue to criminalise and harm Rohingya populations. The government practiced containment policies placing refugees in camps with no freedom to leave them. Attempts have been made to move refugees 'offshore' to an uninhabitable remote island (previously unpopulated), called Bhasan Char (the name of which literally translates to flooded delta), mimicking Australia's infamous offshore policy.

Conditions of exclusion remain in place: children are banned from attending local schools; refugees are prevented from joining the local workforce or attain local medical services and so forth. While the EU and Australia pass on responsibilities to states like Libya and Indonesia to physically house refugees; Bangladesh has sought to distance refugees from the general population as much as possible through these means of containment. 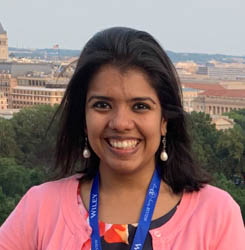 Rashaam is a PhD Candidate at the University of Melbourne. She is interested in areas of state crime, refugees, genocide and war victimisation. Her thesis explores feeling of victimisation and perceptions of justice among Bangladeshis in relation to the 1971 liberation war. She was the recipient of the JV Barry Medal for the most distinguished criminology student at the University of Melbourne in 2014.