Replacing Asylum or Leaving No-One Behind?

Many countries in the developed world are borrowing practices that externalise their borders: interception; offshore detention; building walls. These practices exploit the absence of an explicit right to enter any state in the key legal instrument for refugee protection – the 1951 Convention relating to the Status of Refugees, as well as its lack of binding mechanisms to fairly allocate responsibility for refugee protection.

Australia, which is well-shielded from refugee flows and in danger of generating its own climate-induced forced migration, has nevertheless been a ‘leader’ in these retrograde approaches. The Pacific Solution, Operation Sovereign Borders, and other Australian attempts to shift responsibility, have attracted emulators.

The number of stand-offs between European countries over the reception of asylum seekers rescued in the Mediterranean remind us of the arrival of the Tampa in 2001 when Prime Minister Howard refused to allow the rescued asylum seekers to set foot on Australian soil. Former Italian Interior Minister, Matteo Salvini was particularly intransigent and expressly invoked Australian policy as a model.

In other cases, while the Australian example is not openly acknowledged, the rhetoric hints that countries are avidly following Australian efforts. The ‘EU-Turkey agreement’, pursuant to which irregular migrants/asylum seekers are supposedly returned to Turkey, with one Syrian resettled in Europe for every Syrian returned to Turkey, seems familiar to Australian eyes. It resembles the failed ‘Malaysia swap’ under which 800 asylum seekers arriving by boat in Australia were to be returned to Malaysia in exchange for 4000 refugees recognised by UNHCR. A High Court decision prevented the return of the 800, while in Europe, returns to Turkey have been low as compared with resettlement numbers. The accompanying rhetoric also sounds familiar to Australian ears: the EU-Turkey statement was to ‘break the business model of the smugglers and to offer migrants an alternative to putting their lives at risk.’

In 2018, the European Council proposed a particularly ill-considered conceit, ‘regional disembarkation platforms’. This sounded suspiciously similar to the Pacific Solution, the Council again declaring its determination to ‘break the business model of the smugglers thus preventing tragic loss of life’. Another unfortunate similarity with Australian proposals was the lack of consultation with the supposed host countries. The African Union ensured that the proposals went no further, although returns of migrants and asylum seekers to Libya, among other places, occur regardless.

Although the rhetoric has a humanitarian flavor – the worthwhile aim of ‘saving lives at sea’ – the end result is fundamentally inhumane and counter-productive. Boat arrivals may be down in Europe, but this does not mean asylum seekers are safe from either persecution or the risks of flight, and deaths at sea continue. Meanwhile the men on Manus still wait, seven years on, for a real, humane solution to their plight.

In this context, the United Nations’ attempt at a different approach through the New York Declaration for Refugees and Migrants, the Global Compact on Refugees and the Marrakech Compact on Migration is welcome. Using the mantra underpinning work on the 2030 Agenda for Sustainable Development, the international community has reiterated the intention to ‘leave no one behind’, including refugees and the predominantly poor countries that host them.

Whether the world will succeed in the espoused aims of preserving asylum, offering more regular and safe pathways for cross-border movement, and achieving ‘a more equitable sharing of the burden and responsibility for hosting and supporting the world’s refugees’ (PDF 312KB), depends on political will. The will to articulate these aims was there in 2016, fueled by a sense of crisis and the powerful image of the little body of three-year-old Alan Kurdi, but what of their implementation?

We now have an Indicator Framework (PDF 443KB) to measure such things as the legal right to work and education for refugees, the amount of Official Development Assistance, and the numbers of refugees resettled, but it is premature to assess progress against these indicators. The First Global Refugee Forum held at the end of 2019 was a modest step towards solidarity, with $3 billion promised and an additional 50,000 resettlement places pledged, but again it is too early to assess the realisation of these pledges. Some of the pilots of the Comprehensive Refugee Response Framework – Ethiopia springs to mind – are promising. Again, assessment of their implementation and the international community’s support is necessarily a task for the future.

More fundamentally, we may ask whether the plan to leave no one behind will tackle the deep inequalities within and among countries. The idea that refugees should be viewed as an opportunity for development, leveraging resources from the developed world has met with some skepticism. In the lead-up to the adoption of the Global Compact on Refugees, one host state delegate expressed reservations, saying he looked forward to other states seizing these ‘opportunities’. The ‘development turn’ in migration could easily tie in neatly to externalisation processes, unsurprisingly to critics of development and its links to colonialism.

To my mind, these multilateral efforts are worth pursuing in light of current realities. However, the extent to which there are improvements in the lives of refugees and those of citizens of the countries that host them, particularly relative to others, remains to be seen. Will we be able to say we have left no one behind, or will the Global North have externalised or replaced asylum with precarity elsewhere?

Professor Penelope (Pene) Mathew joined the Auckland Law School as Dean in March 2019. Specializing in international law and politics, she holds degrees from the University of Melbourne and Columbia Law School. Pene is an expert on international refugee law, has worked as a human rights lawyer, and published extensively in this field. 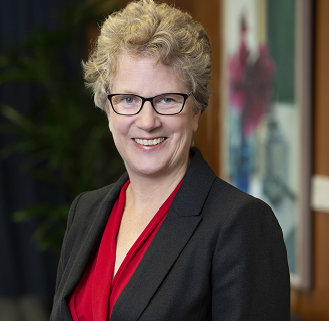 She has held academic roles at the University of Melbourne, the Australian National University, Michigan Law School and Griffith University, where she also served a four-year term as Dean and Head of Griffith Law School. She served for two years as legal and policy advisor to the Australian Capital Territory’s Human Rights Commission, leading the work on an audit of the territory’s remand centres, among other matters. In 2008, the ACT government awarded her an International Women’s Day Award for outstanding contributions to human rights and social justice. She has also worked on shorter contracts with the Jesuit Refugee Service, and as a consultant to the Australian Human Rights Commission and for the Office of the United Nations High Commissioner for Refugees.