Australia operates two distinct immigration detention systems. The ‘onshore’ or ‘mainland’ detention centres detain two groups of people: asylum seekers, and people whose visa is no longer valid, including those who have had their visas cancelled on character grounds. The ‘offshore’ system, on Nauru and Papua New Guinea (PNG), confines people seeking asylum who have travelled to Australia by boat since 2012. Now, seven years on, the detention centres on Nauru and PNG are closed, and most of the people remaining confined within this system live in various forms of accommodation in Nauru and PNG with freedom of movement during the day. Some, however, are still confined: approximately 50 men with failed claims to protection were re-detained in August 2019 and are currently held in a prison complex in Port Moresby.

Australia’s asylum policies, and particularly immigration detention, have been designed to achieve a high degree of secrecy.  Secrecy creates environments that are harmful. They are harmful to the people subject to them: substantial international evidence shows that secretive sites of incarceration are places in which human rights abuses will – inevitably - occur. These secretive policies are also fundamentally harmful to Australia’s liberal democracy. By stymying transparency, the usual checks and balances over executive power by legal, parliamentary, media, and citizen oversight become impossible. In so doing, Australia’s executive governments have escaped accountability for the poor management, the high financial cost, and the devastating human harm caused by the policy.

Behavioural studies and social psychology research has demonstrated the critical importance of external oversight, openness and transparency for the protection of human rights of people in closed institutions, and the inevitability of human rights abuses where such transparency is lacking. That human rights abuses will inevitably occur within unregulated, closed institutions is well-established in social psychology, and reflected in national and international laws: for example, the need for independent external oversight is the core idea of the Optional Protocol to the Convention Against Torture. Abuse occurs not because of the inherent cruelty of prison guards, but because of environmental factors inherent to closed institutions.

Ideally, several levels of independent external oversight should form a framework designed to protect the human rights of people imprisoned, including national and international monitoring and auditing bodies, citizen groups and domestic and international human rights organisations. In Western democracies external oversight over prisons is both extensive and taken for granted. In Australia, a range of formal and informal processes creates opportunities for external oversight over prisons, but the lack of these same opportunities for immigration detention means that life within these centres is obscured from view.

Before turning to the question of external oversight in Australia’s offshore detention centres, it is worth establishing the exceptional status of these centres within the broader category of closed institutions. We can apply much of what we learn from prison research to detention centres, but there are a number of important ways that immigration detention is unique, and thus requires special attention.

1. First, as an extra-judicial form of incarceration, immigration detention centres are not subject to the same regulatory framework as Australia’s prison system, affecting the conditions under which people are held, their length of detention, and their avenues for appeal.

2. Second, the people subject to immigration detention are particularly vulnerable because of their non-citizen status, their history of persecution or other trauma, and their uncertain future.

3. Third, the mandatory and indefinite application of immigration detention in Australia has a distinct and negative impact on detainees’ psychological health.

Furthermore, the governments of Nauru and PNG – both of whom have precarious democracies – have been disinclined to facilitate measures for protecting the human rights of people detained on their territory. In short, while Australia’s offshore detention centres share many characteristics with prisons and other closed institutions, offshore detention centres have unique features that further jeopardise the human rights of detainees.

Secrecy is established in five ways:

1. Securitisation and militarisation of offshore processing.

The introduction of Operation Sovereign Borders (OSB) in 2013 marked a turning point in the militarisation, and related secrecy, of asylum policy. OSB is a suite of policy measures designed to stop people from arriving in Australian territorial waters by boat, including the use of the Navy for boat turn-backs, and offshore processing for the management of people seeking asylum. By treating the arrival of people seeking asylum by boat as a national emergency, the government has justified a high degree of secrecy on the grounds that disclosure would undermine the success of the military operation. For example, when introducing OSB, then Prime Minister Abbott replied to media queries by stating "If we were at war we wouldn't be giving out information that is of use to the enemy just because we might have an idle curiosity about it ourselves." The first head of the Australian Border Force, Roman Quadvelieg, explained in 2015 that ‘operational security is paramount to conducting effective strategic and tactical operations’.

Secrecy is built into the Australian Border Force Act 2015.

2. Lack of accountability for service providers.

Australia’s immigration detention network is the world’s largest privatised network of carceral sites.  The detention centres on Nauru and Manus Island are private businesses operating in foreign countries. The privatisation contributes to their opacity. There are few avenues for transparency regarding all aspects of the relationship between the Australian government and the companies it hires to implement its policies. We know nothing about the process of procuring a service provider. This was point highlighted by the 2018 appointment, without a tender process, of Paladin, an unknown company with no experience in detention operations. The million-dollar contracts between Australia and companies such as Paladin, including whatever conditions are set for the companies to achieve successful service delivery, are protected by commercial-in-confidence agreements.

More troubling, however, is the substantial evidence that service providers work in a wholly unregulated environment, within which some staff have perpetrated abuse upon detainees, including children. Several Parliamentary Inquiries and the leaked Nauru files, show how incidents about which we should be gravely concerned are not addressed sufficiently by the responsible organisations, and have been dismissed by government leaders.

For example, a Senate inquiry in 2015 found that there existed in these offshore sites a ‘pervasive culture of secrecy’, including instances where Wilson Security officers had regularly destroyed incident reports, including reports of staff mistreatment of detainees. The staff had joked as they filed the incident reports in what they referred to as File 13, which was their codename for the shredder.

3. Restrictions placed on the media

In addition to not answering journalist’s questions about ‘on water matters’, the government has also been active in suppressing media oversight. At least 8 journalists reporting on OSB have been referred to the Australian Federal Police for investigation into their sources, including when they had reported on the sexual assault of detainees on Nauru.

It is impossible for the media to travel to Nauru to speak with people caught up in the policy without a special government exemption. In 2014 Nauru raised the cost of a journalistic visa to $8000, non-refundable if it was rejected, and they all are: the Nauruan government no longer grants visas to any Australian or NZ passport holder unless they are employed by the Department of Immigration.

The Australian Human Rights Commission conducts annual inspections of the mainland detention centres and Christmas Island. However, it does not have jurisdiction to inspect offshore detention sites. Many other requests for access by international organisation, including Amnesty International and Medicins Sans Frontiers, have been rejected, as have delegations of government ministers from Denmark and New Zealand. The United Nations Special Rapporteur for the rights of Migrants cancelled a planned visit to Nauru and PNG in 2015, citing concerns that the secrecy requirements under the ABF Act meant he wouldn’t be able to speak to staff without putting them at risk of sanctions.

Informal independent observation is also provided by supporters and family members who visit people detained in the mainland centres. Changes to the visiting rules in early 2018 has made it much harder to visit: visitors are restricted to seeing one person at a time for a maximum of two hours under strict conditions, and must apply for that visit using a lengthy online form a week in advance. As a result, the numbers of people who informally provide an oversight role over the mainland centres have dramatically declined.

Offshore, the relationship with Nauru and PNG, both former colonies of Australia, has been complicated by the impact of the vast sums of money that Australia has paid in return for their compliance. Both of these states were facing economic distress in 2001 when Australia first approached them for their assistance. In both states, the money and ongoing support from Australia has been a problem for these democracies. In Nauru, in particular, the country has descended quickly into democratic decline: in 2014 it removed its judiciary, its opposition party, and its independent media. States around the world have condemned this development, but Australia has remained steadfast in its support of Nauru’s autocratic government.

OPCAT and the UN inspection of detention centres

The Optional Protocol to the Convention against Torture and Other Cruel Inhuman or Degrading Treatment or Punishment (OPCAT) is an international instrument built on the evidence that independent, external oversight is the key to protecting against human rights abuse in closed institutions, such as detention centres. Australia signed OPCAT in 2009, and ratified in 2017. UN Inspectors are planning to visit Australian-run detention centres, onshore and on Nauru, by the end of 2019. Inspectors have ‘the right of unannounced access to any place of detention or any place we believe people might be being deprived of their liberty’.

Australia’s detention system has a long history of international criticism by bodies such as the United Nations, all of which have failed to make the policy less punitive and inhumane. But let us be optimistic that the inspections under OPCAT will be a positive development.

This article was originally published in Asylum Insight. You can find the original article by clicking here.

Dr Amy Nethery is a Senior Lecturer in Politics and Policy at Deakin University. She researchers the development an 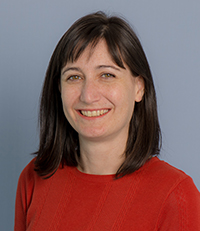 d impact of asylum policies in Australia and Asia, with a focus on transnational cooperation on border control. She has a particular interest in immigration detention: its history, evolution, diffusion, legal status, consistency with democratic norms, and human impact.