Since the 1990s, European and Australian asylum and immigration government officials have adopted techniques of deterrence, repression and confinement to deter the irregular movement of asylum seekers. Simultaneously, national actors have presented the consequences of this border regime as a "humanitarian" crisis caused by troubles "elsewhere" - Africa, the Middle East and Asia - depicting these regions as desperate and chaotic places beyond the borders of Europe and Australia.

Australia's externalisation policies aim to stop refugees and asylum seekers from travelling by boat through the Asia-Pacific region, and particularly to deter boats leaving from Indonesia, Sri Lanka and Vietnam for Australia.

In Italy, the conflict over the arrival of migrants and refugees across the Mediterranean Sea remains a deep political issue. Mare Nostrum, the military-humanitarian operation launched by the Italian Government in the Mediterranean targeted at rescuing migrants and arresting smugglers, has ended. Now, the humanitarian narrative of saving lives has disappeared in the face of militarised borders.

While then Prime Minister Matteo Renzi repeatedly insisted that Italy and all of Europe have a humanitarian 'duty' to protect people making the journey, the newly elected Italian government has further hardened its approach to irregular arrivals by attempting to implement a tough "no disembarkation" policy. This marks a shift in European governments' priorities from rescue to pushback. Nationalist rhetoric by far-right political parties enabled this shift, by attacking the government's policies in managing migration and raising the "danger of invasion."

In Australia, a suite of policies aim to prevent irregular arrival of asylum seekers. These include interdiction of migrants at sea, naval towing or redirection of boats to country of departure ("turnbacks"), detention in Papua New Guinea and Nauru ("offshore processing"), capacity-building and interceptions in transit countries like Indonesia, and public messaging campaigns directed at potential migrants and smugglers. As in Italy, leaders and media use humanitarian language to justify harsh policies as a way to prevent exploitation of migrants by people-smugglers, and end drowning deaths at sea.

International agencies such as UNHCR, IOM, and the EU High-Level Working Group on Asylum and Migration acknowledge that asylum seekers travel side by side with people fleeing from poverty and seeking better opportunities. However, most European states are keen to show they are differentiating between refugees escaping war, and those seeking a better life and economic opportunities. Similarly, the Australian government has attacked refugees as "economic refugees".

This blurred distinction between forced and voluntary migration is at the basis of policy-making and is crucial for the future of newcomers. Media often represents newcomers without any historical or political framework, and presents irregular migration flows as a tragic game of fate.

Terms such as the migration/refugee "crisis", "emergency", or "wave" continue to define the daily lives of individuals on the move without investigating the real causes of their movement. In Australia, the government attacks any proposals to liberalise policy as a "disaster", a potential "collapse" of Australia's border regime, and as "weakening" border protection.

States have invested massively in border control, and made bilateral agreements for externalisation of borders (the Australia-Indonesia-IOM agreement made in 2001, the EU-Turkey agreement on March 2016 and the Memorandum of Understanding between Italy and Libya on February 2017). Furthermore, successive European and Australian governments from both sides of the political spectrum have enacted draconian measures to prevent, deter, and punish those engaged in the smuggling of migrants - both as smugglers and smuggled migrants.

Public information campaigns have been implemented since the 1990s in Europe and Australia to prevent human trafficking and undocumented migration. They aim to normalise the extraterritorial border, and categorise migrants as voluntary/forced, desirable/undesirable, and regular/irregular. They attempt to prevent arrivals before migrants reach the border. Assuming that information plays a key role in migration decisions, these campaigns are designed to deter potential migrants from leaving by criminalising them a priori, or negatively stereotyping migration.

The Comparative Network on Refugee Externalisation Policies (CONREP) researches the impact and effects of border externalisation policies in two contexts: Australia’s activities in Southeast Asia and the Pacific; and the European Union and its member states’ activities in North Africa. We explore the following questions: 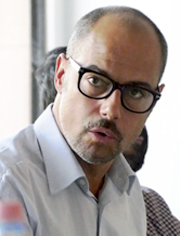 Pierluigi Musarò is Associate Professor of Sociology at the Department of Sociology and Business Law, University of Bologna, Italy, where he leads modules such as 'Humanitarian Communication' and 'Media and Security'. He is Visiting Fellow at the London School of Economics and Political Science, Research Fellow at the Institute for Public Knowledge-New York University, and at Monash University (Melbourne). He is author of several books and papers in the field of migration, borders, human rights, media communication. He is President of the Italian NGO YODA and founding Director of IT.A.CÀ_migrants and travelers: Festival of Responsible Tourism. 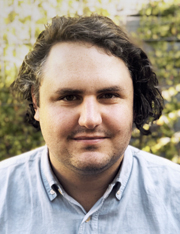 Asher Hirsch is a Senior Policy Officer with the Refugee Council of Australia, the national umbrella body for refugees and the organisations and individuals who support them. His work involves research policy development and advocacy on national issues impacting refugee communities and people seeking asylum. Asher is also completing a PhD at Monash University in refugee and human rights law. His research investigates Australia's migration control activities in Southeast Asia, which aim to prevent asylum seekers from reaching Australian territory and seeking protection. He holds a Bachelor of Arts, a Master of Human Rights Law, a Juris Doctor and a Graduate Diploma in Legal Practice.