The 2015 European Refugee “Crisis” has attracted an unprecedented level of political and media attention in the European Union (EU) and has also become a topic of much discussion worldwide, in part from the overwhelming amount of media coverage. Images of asylum seekers in despair, overloaded boats sinking in the Mediterranean Sea, conflicts between border police and asylum seekers; these are repeatedly presented and disseminated with implications of the dangers and illegality of crossing the border. The mainstream representation of the refugees and asylum seekers falls between humanitarian victimisation and security criminalisation. This dehumanisation in media representations makes asylum seekers even more vulnerable since as a group they are reduced to numbers and statistics and marginalised through abstraction as an undesired population.

In order to combat the oversimplification cast on their experiences, multimedia public art can serve as an alternative, transformative communication tool in the contemporary urban environment for refugees and asylum seekers to explain the complexity of their lives. The rise of individual stories and diverse voices from different cultures and all genders in this new media aims to reduce prejudice and discriminatory attitudes against refugees and promote cultural diversity in the EU. These multimedia public artworks create a novel experience for the audience to be more engaged with the new media technology and provide a new platform for refugees and asylum seekers to speak for themselves instead of being represented by others.

One recent example is a project by artist Krzyzstof Wodiczko, who shares individual stories of refugees and immigrants in Milan utilising a swarm of drones with LED screens and amplified speakers (June 2019). This multimedia project, “Loro (Them)”, generates conversations between individuals from different backgrounds, experience, ages and genders with drones hovering near to the audience at a low altitude. The participants are no longer the “others”, spoken about and represented in image as silent actors, victims or criminals. The eyes of the speakers face the audience directly in the attempt to reduce the divisive space between the participants and the public by creating a face-to-face conversation.

The drones bring real and frank stories of the participants in the European territory, opposite from the many media campaigns that reinforce the concepts of criminality of border crossings to deter potential migrants from entering the EU from their home countries. This media project creates a welcome space in Europe that challenges the idea of border externalisations. In this case, the drone dissolves the sense of borders, reducing fear on both sides: the fear inside Europeans who imagine masses of strangers entering Europe and do not acknowledge the refugee’s experiences and culture and the fear among asylum seekers and refugees who face the dangers of crossing the borders themselves and arriving voiceless. With modern media technology, “Loro” represents its participants in a fearless, frank and unique way that attracts the public’s attention in order to create a discussion in a European city regarding concepts of citizenship, hospitality, representation and cohabitation in the new era.

Both the physical and imaginary borders are not fixed, as the enforcement of bordering and the effort of de-bordering coexist in European society. The process of bordering provides many images in the media that generate an atmosphere of fear and insecurity, in turn contributing to further securitisation, enforcement and externalisation of the European border. Aside from the physical border, the imaginary border in many Europeans' minds has been constructed through rapid dissemination in the mainstream media and social media. The weakened regime of refugee protection presented in the media also results in more anxiety among refugees and asylum seekers fleeing their home country to enter an unwelcome or even hostile EU through a more dangerous route.

Multimedia public art projects equipped with advanced media technology, with their unique configuration and interactivity in the public space, attract the public’s attention and open doors for conversation and reflection. In this format, refugee participants are thrust into the core of the project, with the artist away from the spotlight. The artist’s role in curating and channelling these stories through technical and aesthetic means provides a long form that gives space and room for careful consideration, in contrast to the contemporary social and mass media format.

Working with refugees and asylum seekers, multimedia art projects investigate the critical role of the outsider in interrogating and delineating the concept of identity, strangeness and belonging in the EU. These art forms challenge the dehumanisation of the “other” in media representation and attempt to dissolve the border by re-introducing the outsiders to European cities.

Wenwen He
Growing up in China, studying in the United States and Italy, Wenwen has always had an interest in exploring contemporary urban, aesthetic, political and technological culture in different social 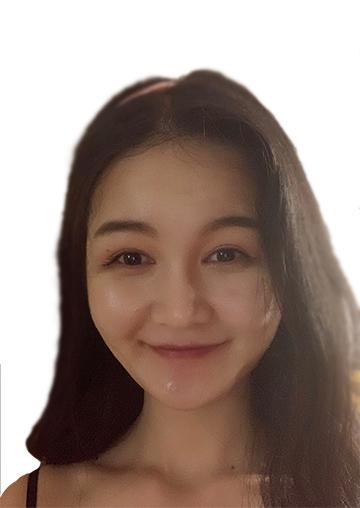 contexts. Wenwen holds a B.Arch. from Rensselaer Polytechnic Institute
where she developed her interest in wearables and multimedia public art. She then expands the boundary of multimedia artwork to embody design, technology and sociology during her study at the Harvard Graduate School of Design and the Harvard Graduate School of Art and Science - Department of Sociology. She is a visiting PhD student conducting research activities as part of her thesis work on immigration, refugees, human rights, and the empowerment of vulnerable populations through an artistic approach within the Department of Sociology and Business Law at the University of Bologna from August 2019 to July 2020.