What future for the EU’s controversial migration deal with Turkey?

A civil war, the rise of ISIS and an urgent search for protection: this is what drove approximately one million Syrian refugees to Europe’s doorstep in 2015, throwing the European Union into the midst of migration crisis that not only challenged its external credibility, but equally put its ability to craft consensus and internal stability to the test. To alleviate pressure on frontline Member States, such as Italy and Greece, and balance often diametrically opposed national narratives, the EU came to an agreement with Turkey. However, whilst commonly referred to as the “EU-Turkey Deal”, this decision to cooperate was never a formally concluded agreement. Instead, the EU’s Member States agreed upon this instrument with Turkey without any legal ratification. In short, this “agreement” enforced a 1:1 resettlement scheme: with every Syrian returned to Turkey from Greece, another would be resettled from Turkey into the EU. Yet, over four years after its creation, the deal has come been subject of much public scrutiny. With tensions running high between Turkish President Erdoğan and the Union and its Member States since the former’s decision to open the Greek-Turkish border in March last year, it remains unclear what future remains for the EU-Turkey Deal. What is clear, however, is that something must give: with refugee lives at stake, the current state of the deal is not sufficient, as this paper will explore.

On paper, in practice

If we are to purely assess the EU-Turkey Deal as a mechanism to alleviate the burden placed upon national governments across Europe, particularly those frontline Member States, then indeed, the deal can be classed as a success. The so-called “agreement” was born in response to a spike in refugee deaths in the Eastern Mediterranean route. Thus, at surface-level, this was a humanitarian response. For example, with the maximum number of refugee returns capped at 72,000, there was a near instant reduction in arrival rates in Greece, with the overall figure dropping by 98% between 2015 and 2016.

Unfortunately, however, this is only one side of the coin. Statistically speaking, from 2016-2017, only 3,656 Syrians were resettled from Turkey to the EU. At this pace, reaching the originally promised figure of around 50,000 resettled refugees would take approximately 13 years. Furthermore, the deal has been deemed “morally problematic”. Despite European commitments to the protection of refugees under the 1951 Geneva Convention, and its 1967 Protocol (UNHCR), Turkey’s commitment is less binding. In short, it has a “geographical limitation” from the 1951 Geneva Convention, meaning that refugee status in Turkey is only offered to those fleeing events in Europe. This has had serious consequences on the living conditions of Syrian refugees in Turkey, rendering them often unable to obtain work permits and forced to resort to low skilled, informal work, hampering their wider integration process.

Yet, it is perhaps all too easy to place fault solely on Erdoğan’s practices. Indeed, Turkey’s human rights record has always been a cause for concern, but the fact of the matter stands: Turkey has shouldered much of the EU’s migratory burden over the past few years with little in return. Following the death of 36 Turkish citizens in Syria last year, Erdoğan opened the Greek-Turkish border, arguing that the EU has not lived up to its promises. This notion has become embedded in political narratives, and such action seems to be a response to a perceived sentiment of disregard for the safety of Turkish citizens. With this in mind, it was naïve of the Union and its Member States to assume that the deal was durable, particularly given the fact that previous conditionality efforts have resulted in little, if any, shift in attitudes.

The harsh reality of the situation is that the EU is equally to blame. In publishing the deal with no more than a press release, one cannot help but reach the assumption that it was a rushed, last minute effort to externalise an internal crisis. In fact, the deal itself was largely pioneered by Germany, who managed to gain the support of many apprehensive states on the premise that Schengen’s survival depended on Turkey’s gatekeeping powers. The EU has always been hesitant towards Turkey’s potential accession given their poor human rights records. Yet, the Union agreed to open new chapters in Turkey’s turbulent accession process only undermines its position as champion of human rights. Combined with poor living conditions and integration experiences of Syrian refugees in Turkey, this paints a very bleak picture overall.

The above begs the question: what are the next steps for the EU-Turkey Deal? With an ongoing pandemic, likely global economic downturn and tensions rising once more in Syria, something must change. At the core of the issue is the EU-Turkey relationship. In reality, both are co-dependent in the management of migration flows, and thus a robust, perhaps even binding agreement must be crafted that respects the rights of refugees.

More broadly, it has been argued that the escalation at the Greek-Turkish border in March last year has only exacerbated existing cracks in the surface. The European Parliament have demanded that the EU must look inwards and revise its entire common asylum system. This would involve reforming the controversial Dublin Regulation and its “country of first arrival” policy, as well as strengthening burden-sharing initiatives between Member States. Going forward, statements and lowest common denominator approaches do not suffice. It is ultimately time for the EU to recognise the inherent flaws of its migration and asylum policy, steer clear of stop-gap solutions and make realistic commitments on which can be delivered to those most in need. 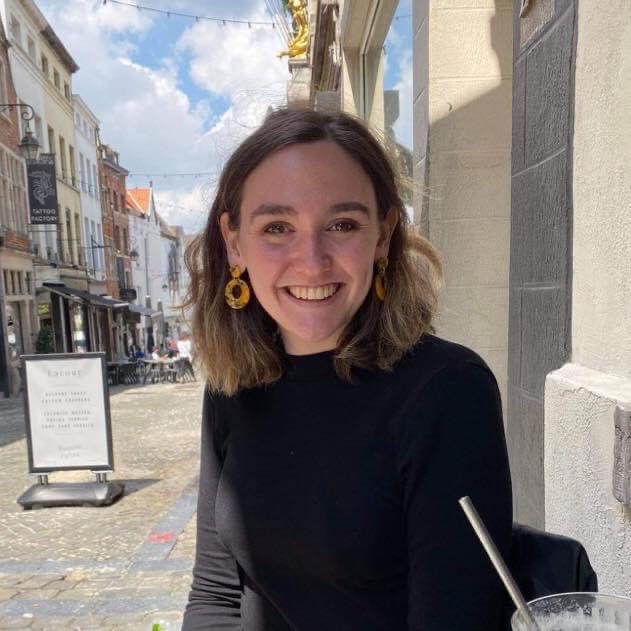 ies at the College of Europe in Bruges. Having previously specialised in the asylum and migration policy of the European Union during her Bachelors degree at the University of Glasgow. Before attending the College of Europe, Lucie spent a year working for the Scottish Government in Brussels, Lucie is passionate about pushing for reform in this policy field at the European level. Lucie is particularly interested in the EU’s role in migration management from the Eastern Mediterranean, and the EU’s role in the Middle East Peace Process. Having thoroughly researched the conflict in Israel and Palestine and travelling to the region to carry out on an academic field trip, this was an academic experience which sparked her passion to research this field