What impact does the EU’s recent approach towards externalisation and readmission have on the EU’s institutional order?

Introduction
There is some concern about the EU’s engagement with third countries on the subject of migration. The EU has established migration dialogues with third countries, and recently launched a “new Partnership Framework” with those states. The EU’s external migration policy remains highly politicised, and the political motivations behind its design have come into conflict with the EU’s legal obligations.

Since 2005, the EU has established many dialogues on migration and mobility partnerships with third countries under the umbrella of the EU Global Approach to Migration and Mobility.

In 2016, the EU launched the “new Partnership Framework” (PF), based on the use of new instruments called “migration compacts” modelled on the much-debated EU-Turkey statement (Peers; Idriz; Cannizaro).

These soft law instruments create cooperation frameworks between the EU and origin or transit states. They do not entail legally binding commitments, and so negotiating such agreements is easier than for typical international treaties. While this approach aims to enhance the effectiveness of international partnerships, it does raise some concerns.

The PF process produced a new type of bilateral instrument called “readmission arrangements” (PDF 379KB), which have been established with some countries along the migration routes, including Afghanistan (PDF 207KB), Ethiopia (PDF 26KB), and Bangladesh (PDF 90KB).

The text of these instruments explicitly describes them as non-binding and their content focuses specifically on readmission and return. They are similar to traditional EU readmission agreements (EURAs), with the main difference being that these new readmission arrangements are non-binding.

The new arrangements provide for technical practices and procedural details for returns. Both the pre-existing, binding standard EURAs and the new soft acts ultimately aim to make the duty of readmission operational and effective. Therefore, the agreeing parties’ use of the new readmission arrangements rather than EURAs appears to be motivated by their non-binding character, rather than any qualitative difference between the content of the two instruments.

Article 218 of the Treaty on the Functioning of the European Union (TFEU) sets out the procedure that must been followed in the negotiation and conclusion of agreements between the EU and third countries. However, this article is not applicable to the readmission arrangements as they are non-binding. Thus, there is no specific division of powers between EU institutions adopting them.

However, the Court of Justice of the European Union (CJEU) has ruled that (PDF 601KB) the distribution of power and the institutional balance must ‘be duly taken into account’ in concluding non-binding acts.

In the more recent Swiss MoU case, the CJEU clarified the scope of this point: articles 16 and 17 of Treaty on European Union (TEU) provide for the distribution of powers, instead of article 218 of TFEU. This means that the European Commission is responsible for negotiation, while the Council of the European Union is responsible for the signature. This allocation of powers is confirmed also by the Council legal service (PDF 126KB).

Applying this approach to the readmission arrangements, the first of them (between the EU and Afghanistan) was concluded in an informal manner and its text has been released without any record of the procedural details. However, all subsequent arrangements were concluded in line with the procedure outlined above. Thus, the institutional balance seems to be respected, notwithstanding the soft nature of those acts.

The new readmission arrangements are different from EURAs in another respect: their impact on Member States’ acts. Traditional EURAs contained non-affectation clauses, according to which they would prevail over member states’ acts. Migration is a field covered by shared competence as included in the “area of freedom, security and justice” under article 4(2)(j) of the TFEU. This means that member states can act to the extent that the EU does not, otherwise the competence is pre-empted by EU action.

Conversely, the new arrangements usually contain an opposite clause, whereby they would not prevent nor affect member states’ deals with those same third countries concerning readmission and return. That is, the arrangements aim to facilitate member state action. The terms used in the arrangements’ text, to define the scope of this facilitation, are “complement”, “support”, “reinforce”. These terms are equal to the verbs used by the TFEU in describing the category of parallel competence in article 2(5) of the TFEU, whereas the competence in this field should be shared.

As a result, the arrangements reverse the allocation of powers enshrined in the treaties, at the expense of the EU prerogatives, in a field that is often critical for national governments.

Nicola Bergamaschi is a PhD student at the Faculty of Law of University of Bologna. He graduated i 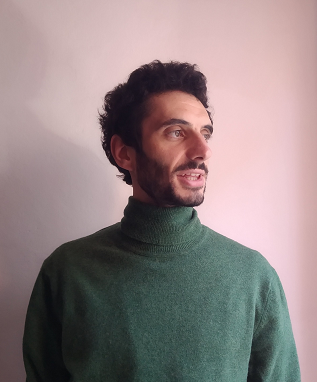 n law in Bologna and in 2018 he spent three months in Maastricht as visiting researcher at the Maastricht Centre for European Law. His studies concern the external dimension of European Union action, particularly in the fields of investment protection and migration policies. He also analyses the impact of these policies on the internal legal framework of the EU. He is member of the network of scholars “Accademia Diritto e Migrazioni” (Law and Migration Academy).