Defeating Extremism in an age of terror and Trump 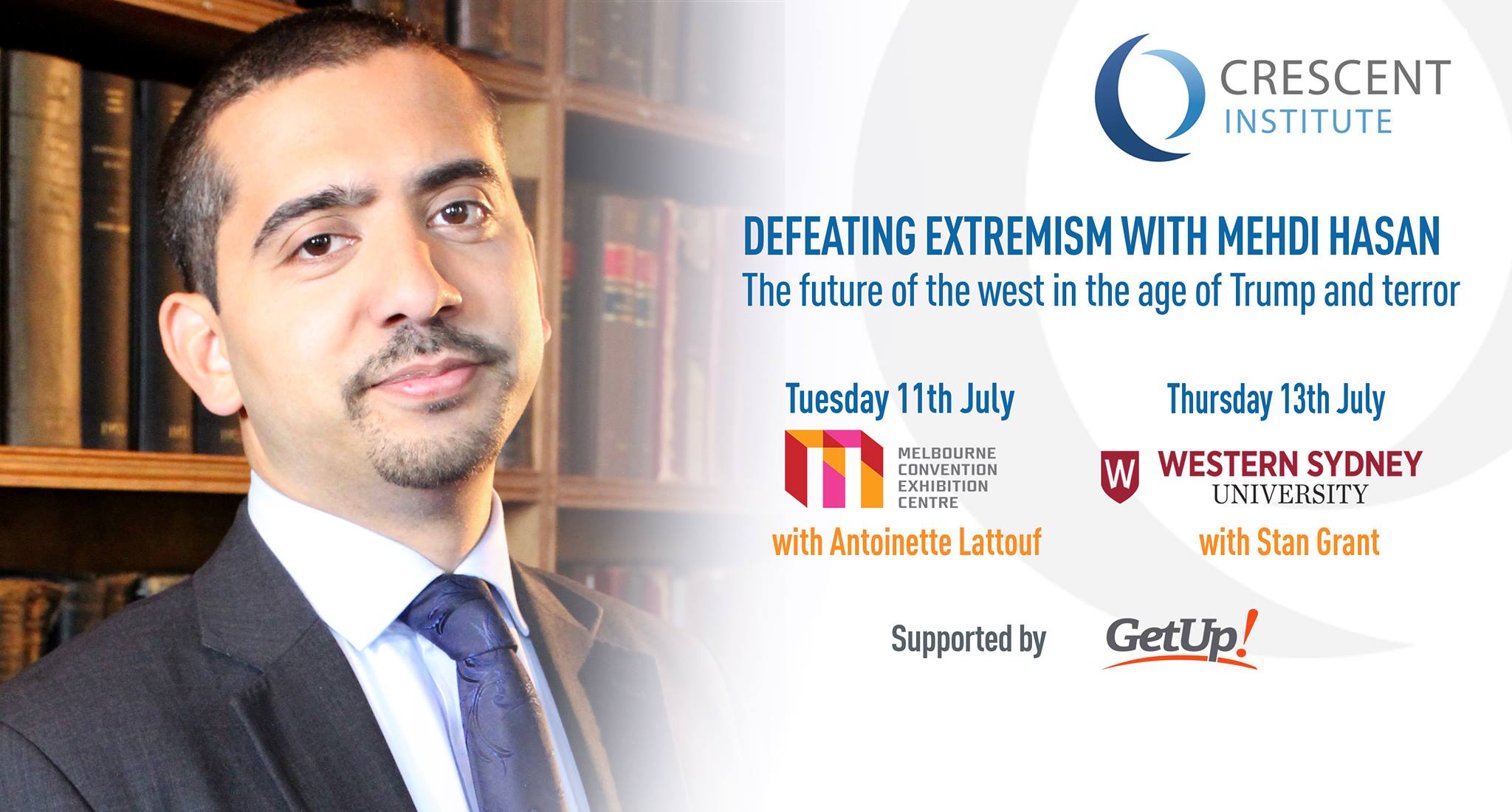 Whether it's religious extremism or extemism of the far right - what can we in the West do to halt the seemingly unstoppable wave of populism, extremism and violence sweeping the globe?

Making the case for moderation and solidarity in an age of intolerance and disorder, and debunking plenty of media myths along the way, we welcome the UK-born, Washington D.C.-based Mr. Mehdi Hasan for his first ever appearance on Australian soil.

An internationally acclaimed broadcaster and journalist, Mehdi gained global recognition for his debate-winning speech at the Oxford Union on Islam and peace, viewed by millions. He has conducted hard-hitting interviews with some of the world's most prominent figures including Edward Snowden, Richard Dawkins, Noam Chomsky, Ehud Olmert, Hamid Karzai, General Michael Flynn, and our very own former PM, Julia Gillard, among many others.

Mehdi is the host of 'UpFront' on Al Jazeera English, an award-winning columnist for The Intercept and the New Statesman and also a regular contributor to the New York Times and the Guardian. He has penned articles including "How Islamic is the Islamic State?" and "Who will stop Trump's Tinpot Dictatorship?".

Following Mehdi's address, we will be joined "in conversation" by Antoinette Lattouf, senior broadcaster at the ABC and founder of Media Diversity Australia. You have the chance to have your question asked in front of the live audience through Twitter, @Cres_Institute, using the hashtag #MehdiAtCi. A selection will be chosen on the evening for the Q&A. The Institute is proud to be supported by GetUp! for this event.