The Ernest Scott Prize for History is awarded annually to the book judged to be the most distinguished contribution to the history of Australia or New Zealand or to the history of colonisation published in the previous year.

This prize is proudly supported by the history program in the School of Historical and Philosophical Studies, Faculty of Arts at the University of Melbourne.

This year the judges have selected six shortlisted books from 67 publications submitted for consideration. Hirini Kaa has written a compelling book demonstrating the dynamic nature of Indigenous cultures and the agency of colonised peoples. Engagingly and dramatically written, Kaa carries the reader with him as he traces the complexities of Māori history as well as the intricacies of Anglican structure and liturgy.

This is insider history – and indeed family history: Hirini Kaa has grown up within the Māori Anglican church, becoming a minister himself. Some of this history concerns the decisions which his father, Hone Kaa, took in his own role as an Anglican clergyman. This allows Hirini Kaa to bring the warm insight of his Māori community knowledge to the book, but he has made the decision to take a meticulous analytical approach to the archival and oral evidence. The result is a convincing study of Māori determination to remake Anglicanism into a faith consistent with the central values of Māori culture, while at the same time exploring new ways to be Māori within the changing political and cultural world of New Zealand today.

This book is enriched by its use of te reo Māori – the written form of Māori language – with Kaa’s insider translations allowing insights into Māori debates and innovations which have seldom been possible in comparable investigations in Australia.

No longer can it be assumed that colonial missionaries determined the terms of conversion or the content of the new forms which emerged. Hirini Kaa’s book demands that the agency of colonised peoples is recognised as central to the emergence of new ways to understand faith.

Grace Karskens: People of the River. Allen and Unwin 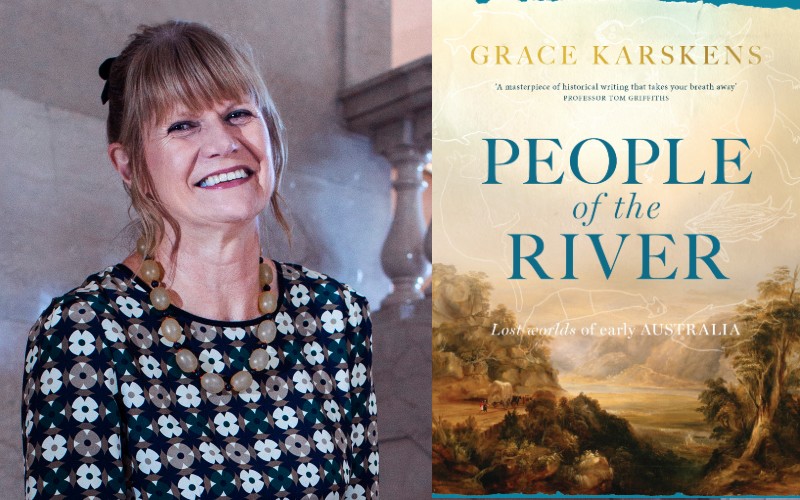 People of the River is a beautifully written and moving book which offers a very new way to understand the complexities of Dyarrubin. Highly informed as Karskens is about the climate science, hydrology and geology shaping the Hawkesbury and Nepean Rivers, it is the people of these rivers who come most powerfully into view. Karskens rescues from erasure not only the local Aboriginal people  –  and indeed the river itself – but the convict and early emancipist farmers whose presence has so often been denigrated.

She writes vividly about the material culture of the past, analysing both the deep time archaeology of the river and the objects of post-settlement working people’s popular spiritual beliefs, like pierced coins and burial grounds.

It is a crucial strength of this book that Karskens’ fundamental assumption in all her writing about Aboriginal people is that they were exercising agency: although undoubtedly mourning losses, they were at every point also making strategic decisions and taking action to survive. 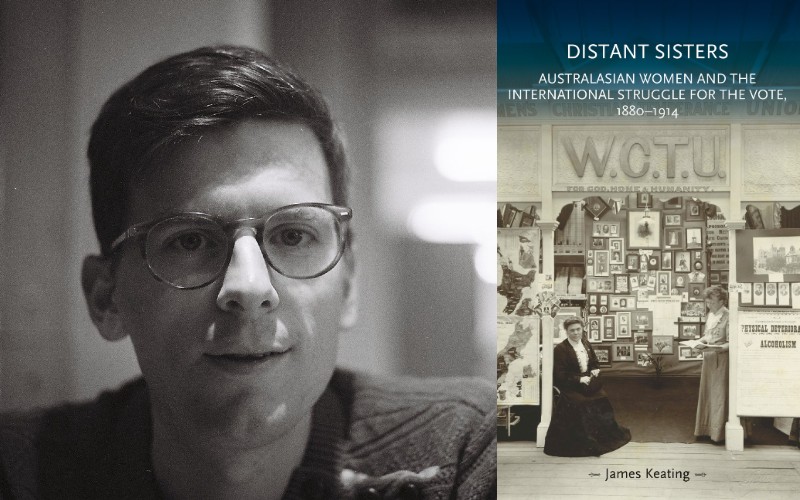 This important book not only brings new perspectives to the interactions between Australia and New Zealand in the international arena of women’s suffrage but offers a methodology for comparative transnational analyses. Distant Sisters focuses on the Adelaide and Auckland branches of the World’s Women’s Christian Temperance Union (WCTU) over a period for which there has been little analysis – the decades from the late 1880s to the outbreak of World War One.

While Keating challenges more celebratory views of the early Australasian contribution to the international women’s movement, he does so constructively, offering a valuable approach to comparing Australian and New Zealand activism.

This book is important for the attention it gives to ethnocentrism – particularly in the Australian women’s organisation – but evident throughout this early suffrage movement, for which the comparative ‘layered network’ methodology is particularly valuable. Finally, the book is important in its meticulous analyses not only of the correspondence of individual activists, of Branch dynamics and of international conferences, but of the women’s advocacy press across all suffrage organisations. 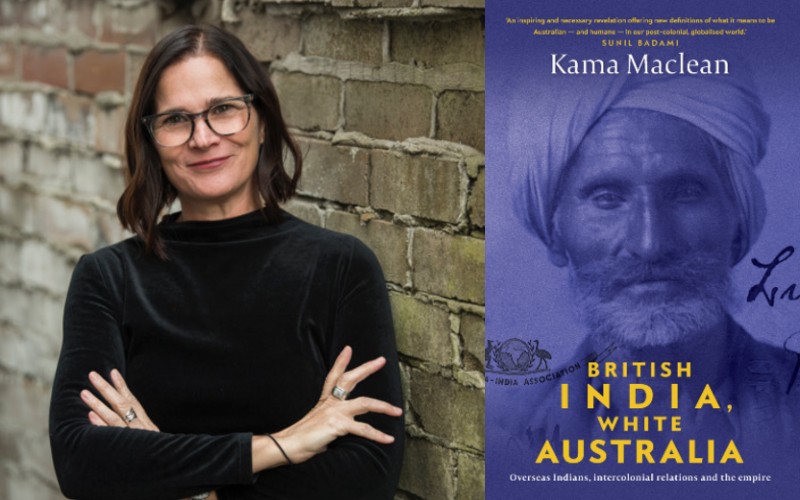 British India, White Australia brings the important perspective of the whole of Empire to the investigation of Australian history, rather than viewing Australia only as a ‘settler colony’. Despite the erasure of the presence of South Asians from Australian history, there had been significant numbers of Indians present from the very earliest days of British occupation.

Kama Maclean’s familiarity with research into and interpretation of images underlie two of the great strengths of the book: first, the investigation of press cartoon imagery, invariably satirical and denigratory about Indians and, second and importantly, an extensive section on the everyday Australian photography of South Asian travelling hawkers in rural areas.

The extensive body of photographs show quite different relationships of familiarity and confidence – even occasionally of trust and friendship. Maclean uses images effectively to demonstrate the diversity of interactions between white Australians and South Asians, whatever the myths.

Maclean’s work documents the views expressed within India as well as in Australia and charts the failure of successive Australian governments to respond. Her work offers an important challenge to today’s Australians about the urgency of listening. 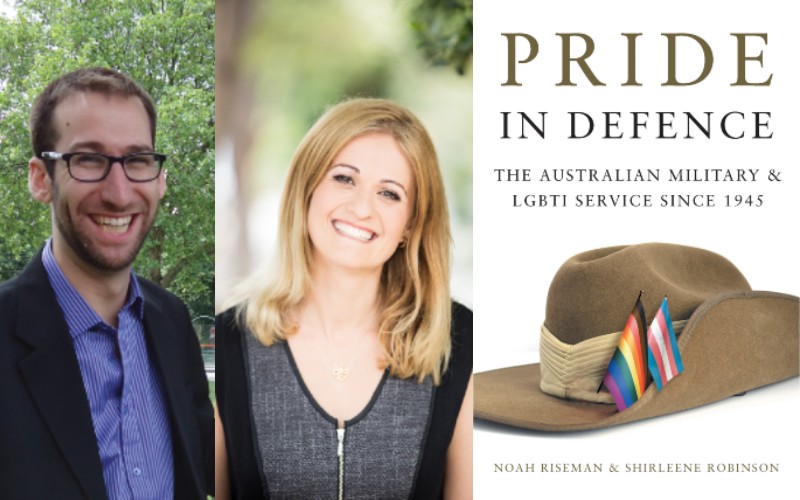 Pride in Defence is a disturbing and powerful book, showing how conservative institutions work and change – especially those shaped on gendered ideologies in the midst of intense social pressure. It explains the process of change in such institutions which, although separate from their wider societies, are nevertheless regarded as emblematic and admirable.

The authors draw meticulously on archival research and extensive oral history interviews with both men and women, officers and troops. Pride in Defence does not see the military as isolated from but as interacting with general culture and politics. So, as homosexuality became more visible and more tolerated in line with the growing public liberalisation during the 1970s-90s, military and political figures insisted that the military had adopted a policy of 'sympathy' and 'discretion'. Yet the result in practice was intensifying repression and stigmatising witch-hunts with demands to ‘name names’, all in the interests of ‘discretion’ or ‘sympathy’.

Change towards a more genuinely supportive policy has been halting and bumpy – led by courageous people inside the institutions. Yet those within the armed forces persisted with their demands for real change. Some of these people have been damaged as they persisted in their calls for respect; some have been damaged irreparably. In bringing their stories to light, Pride in Defence not only explains their tenacious demand for recognition, but it makes a valuable theoretical contribution to oral history methodology. By considering the silences in narratives, the authors are able to explore more deeply both the difficulties of change processes and the pain suffered by the narrators. The book demonstrates effectively the dissonances between documents and memory and draws analyses from what is remembered and what is forgotten or passes unnoticed by some. 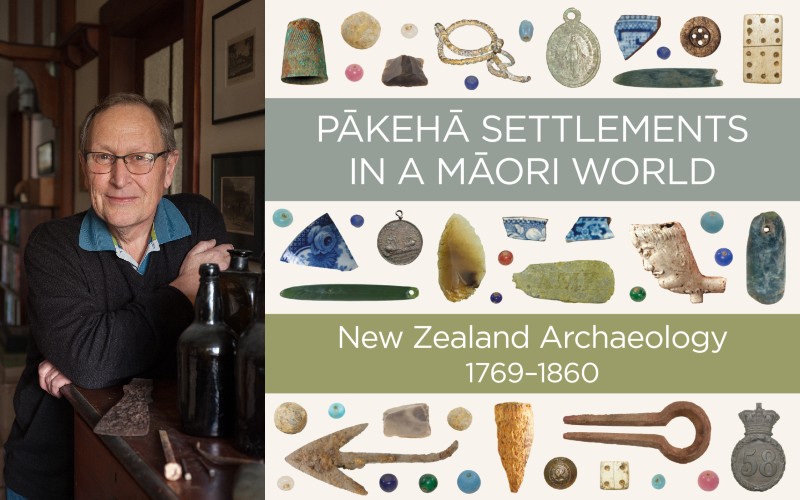 In this important book, Ian Smith combines his long and intensive involvement in archaeological research with his thoughtful, well-informed historical analyses to bring to life the first decades of interaction between Māori and Pākehā New Zealanders. Crucially, the book is set in the Māori world. Before 1860, Pākehā settlements were few and literally far between – scattered, precarious and struggling to survive. The book challenges the myths about the immediate impact of British settlers, despite the eventual destruction caused by colonial rule. The material evidence from these early decades, brought vividly into view in Smith’s writing and maps and his use of paintings and photographs, shows that Māori and Pākehā interacted and reshaped each other. He demonstrates how archaeology allows us to see how ordinary people lived day to day.

Just as important, the material evidence of the years before 1860 offers us ‘entangled objects’ which speak to the interactions between Māori and Pākehā. Smith brings to life not only daily practices but the relationships which emerged, using both archives and objects to show the shared lives that some Māori and Pākehā lived in marriages or common law partnerships.

Smith confirms through the ‘entangled objects’ of the archaeological evidence the recent analyses of historians of gender and emotions like Angela Wanhalla, that such relationships were ‘a combination of love, comfort, politics and pragmatic need’. Ian Smith has brought to readers everywhere a very different basis on which to understand the relationships which underlie New Zealand today.