The visit was supported by the RUIL Indigenous Scholar Scheme (known as the RUIL Indigenous Researcher Small Grant Scheme). The six-day visit was action-packed and included training, research and a bit of sightseeing. It was Janet's first visit to Melbourne and Rachel's second visit, the earlier one being in 1984.

At the time, Janet was a research assistant on Ruth Singer’s Discovery Early Career Researcher Award (DECRA) project ‘What makes a multilingual community? The life of languages at Warruwi community’ (2014-2017). Her role was to make recordings in Warruwi, and then transcribe the recordings in Mawng, Kunwinjku and Kunbarlang using Elan, a program which aids in language documentation. Ruth and Janet did some training to improve Janet's transcription and translation skills. RUIL team member Dr Hywel Stoakes also worked with Janet on her Kunwinjku spelling. In addition, both Janet and Rachel, made recordings at the Horwood Recording Studio, a facility of the Faculty of Arts at the University of Melbourne, with the help of Hywel and Gavin Nebauer.

Janet was very impressed by the state of the art recording facilities. Janet made recordings in Kunwinjku and Rachel made recordings in Mawng. They recorded some narratives for ongoing research into Mawng and Kunwinjku carried out by the School of Languages and Linguistics Phonetics Laboratory and also recorded some conversations that will be used for studying multilingual interaction in Ruth’s projects. Janet and Rachel also attended a lecture by Rachel Nordlinger for the subject ‘Language in Aboriginal Australia’ where they got to hear how English speakers learn the sound distinctions in Australian Indigenous languages. They enjoyed seeing the university campus and Janet particularly liked the view from the Babel building. Other activities on campus included a lunch with RUIL staff at University house and a visit to Murrup Barak. 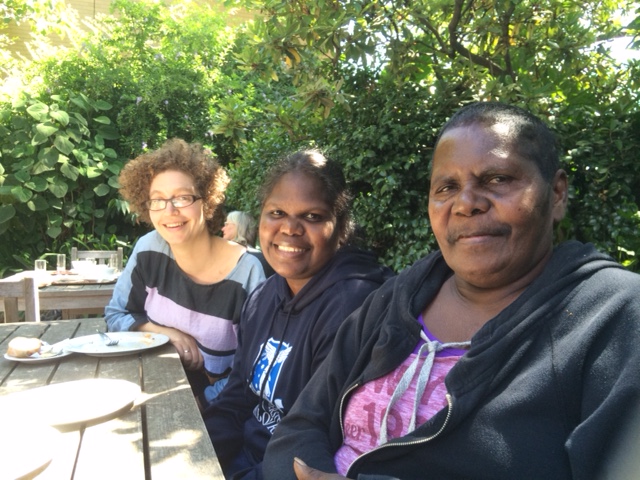