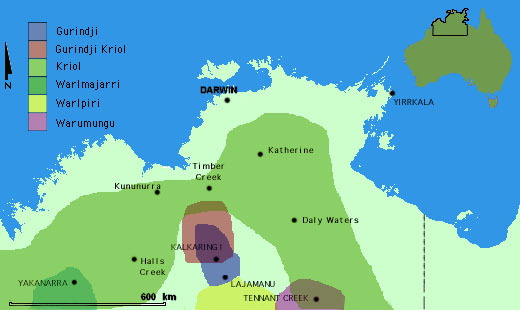 Please note: this map is a combination of areas where languages were traditionally spoken and areas of current speaker distribution, especially in relation to new languages such as Kriol.