The externalisation of refugee policies in Australia and Europe: The need for a comparative interdisciplinary approach

It is increasingly recognised that the movement of refugees is an urgent governance challenge. It is equally a test of the humanitarian principles, values and legitimacy of states and of regional bodies.

Refugee policy remains in the hands of states that, especially in the Global North, are increasingly seeking external solutions to the movement of those seeking asylum. This externalisation of asylum policy is carried out in a number of ways.

Firstly, states seek to deny access to their territory. Secondly, they endeavour to expel asylum-seekers from their territory to another state. Thirdly, the state determines access to its territory by not only refusing admission, but also by relocating people seeking asylum to another country. This is effectuated by deals made between richer states (the reluctant hosts (705kb pdf)) and poorer states in the region. We see this in Australia, where there is an offshoring of refugees and asylum seekers (120kb pdf) in neighbouring states, and in the European Union (EU), which has deals with Turkey and Libya.

These externalisation policies merit serious comparative and interdisciplinary research for a number of reasons. Firstly, several states in Europe currently regard the Australian case as a putative model rather than as a cautionary tale. Secondly, they de-legitimise the rights of asylum-seekers. Thirdly, they undermine the legitimacy of states and of state action - as they no longer take legal, political and social responsibility for those who seek to cross their borders. Fourthly, they deny access to processing of claims for protection and to health care and welfare. They also prevent access to scrutiny of their practices by civil society and the media, with an approach marked by secrecy.

The need to examine the externalisation of refugee policy in Australia and the EU is at the basis of the Jean Monnet Erasmus+ Network grant entitled The Comparative Network on Refugee Externalisation Policies (CONREP). The Network's comparative approach is warranted at a time of huge movement of asylum seekers and internal displacement of people. Externalisation is not simply a policy. It is also a narrative of exclusion and part of a rhetoric that hardens borders. It is both agenda-setting and agenda-responsive. A range of externalisation policies is employed to control the access of arrivals to their territory by Australia, the EU and its member states. These polices operate beyond the state - and the EU - to disrupt migration pathways, preventing individuals from reaching or entering a state's territory, but they are carried out and financed by the state or the EU. They include offshoring and outsourcing of important legal and administrative responsibilities for refugee protection to third countries. While the offshoring state may retain considerable control and oversight of these third counties, there is little or inadequate public knowledge or legislative scrutiny of the effect of these policies. Examples include the interdiction of sea vessels and deployment of third countries and non-state actors in preventative policies of detention, as well as deportation and border policing. This externalisation accompanies a shift towards securitisation, with refugees increasingly framed as a security risk. The narrative of externalisation is thus one of risk, not protection. It is framed in ways that range from societal insecurity to terrorist threat, with a narrative that state and society are rendered more secure by denying access to people seeking asylum. The approach also enables states to externalise responsibility, obligations and duties, by partially placing these on third countries and blurring the lines of responsibility between the EU and its member states, and with third countries.

The policy of offshoring responsibilities transforms the governance of refugee protection and, equally, the responsibility for border control. Border control is now a matter of prevention of access rather than processing those seeking access. Even when processing does occur, it is not to be assumed that the processing of applications for asylum is carried out in or by the state. Further, even when processing does result in the positive determination of a refugee, the state can refuse entry and decide to detain the refugees offshore. This is the case of the current Australian system and of EU agreements with both Turkey and Libya.

The Comparative Network on Refugee Externalisation Policies therefore adopts a transnational, interdisciplinary examination of the scope, methods and impact of externalisation policies of Australia, the EU and its member states. It does so with five core themes, all of which illustrate the need for transnational policy-research nexus.

These themes are, firstly, governance, with an examination of the implications of policy that is delivered by state and non-state actors at different levels of governance; the militarisation and securitisation of migration control and the role and lack of solidarity among states and regions. Secondly, there is the theme of the legitimacy of externalisation policies and implications for the legitimacy of states and regional bodies deploying them, and the implications for sovereign authority. The third theme that the Network examines is the exercise and delegation of legal and political responsibility for refugees who are affected by externalisation, in state and non-state actor settings. The fourth theme is democracy, with a focus on how externalisation shifts the ‘problem’ away from the domestic scrutiny processes of states, deploying narratives for political gain. The fifth and final theme is the human rights implications of externalisation policies which disrupt migration pathways.

These five themes will frame our research and seek to contribute to policy on the dynamics of refugee externalisation. This Network will cover continents, regions and states in the coming years, and will be a hub of interdisciplinary research on this important issue. 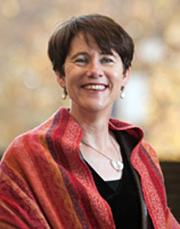 ad personam in the School of Social and Political Sciences, University of Melbourne. She is Director of the Comparative Network on Refugee Externalisation Policies (CONREP). Philomena is co-founder and co-convenor of Academics for Refugees. She is recipient of multiple EU-funded research grants. Research interests include comparative refugee externalisation policies; comparative regionalism; EU governance and legitimacy; EU foreign policy and Brexit. She holds honorary positions at Trinity College Dublin; College of Europe, Bruges and UN University Comparative Regional Integration Studies, Bruges.