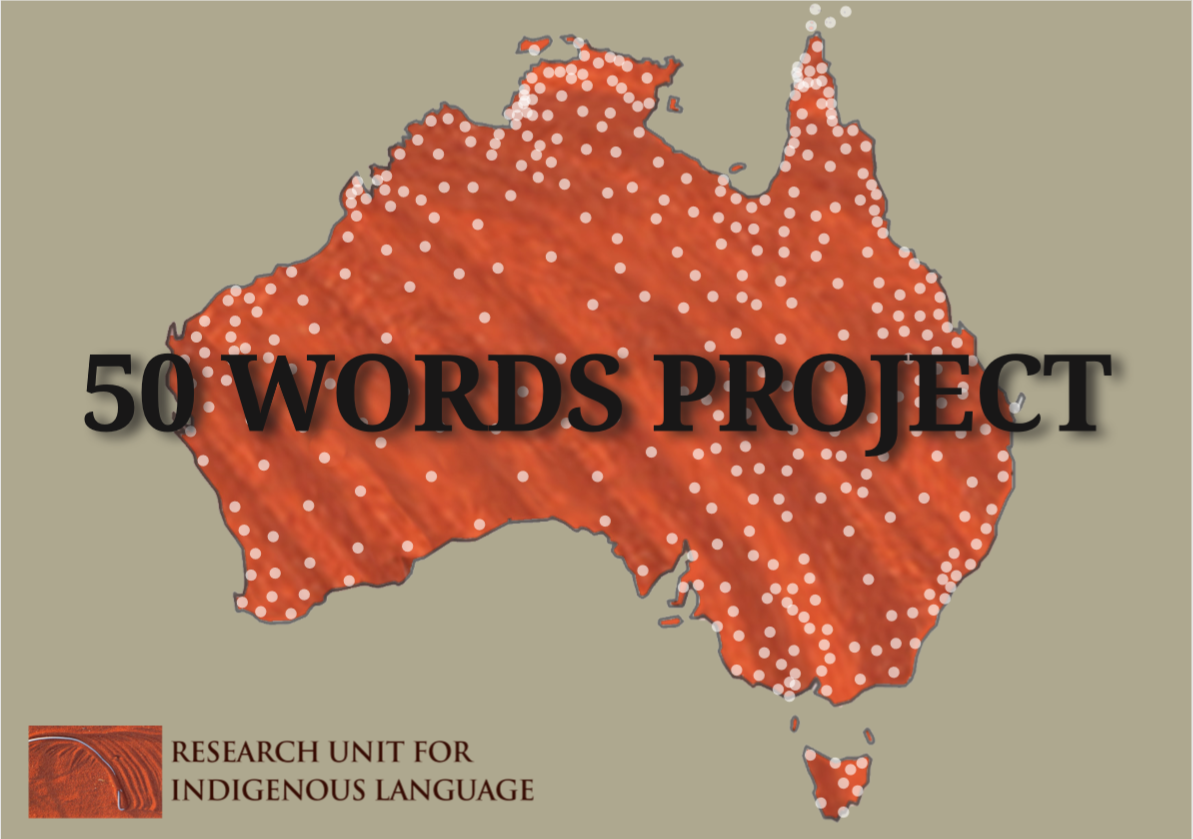 This project aims to provide fifty words in every Indigenous language of Australia.

The words are provided online with community permission, and with audio provided by a language speaker. The languages and words are displayed on a map of Australia so that users can easily find the information relevant to their local area. We hope that this will be a useful resource for schools and educational organisations to learn 50 words in their local language, and for the general public to discover and appreciate the diversity of First Nations' languages around Australia.

Thank you to First Languages Australia for allowing us to use their Gambay map as our base map for this project.

If you interested in adding your language or would like further information about the 50 words project please email RUIL.

This research project has been approved by the Human Research Ethics Committee of the University of Melbourne. Project number:1853186.1

In collaboration with the National Library of Australia (NLA), this project makes accessible this extremely valuable collection of several hundred wordlists of Australian languages, originally recorded by Daisy Bates in the early 1900s. This enables reuse of the collection by Aboriginal people searching for their own heritage languages and by other researchers. The dataset is keyboarded and constructed according to the TEI Guidelines, to embody both a facsimile of the original set of manuscripts and a structured dataset for complex research questions. Access to these historical records of Australian languages will benefit from the interdisciplinary cooperation of linguists and musicologists with technology experts and with the premier collecting agency the National Library of Australia. 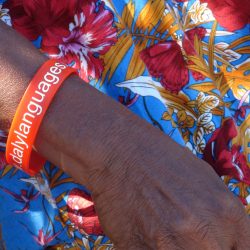 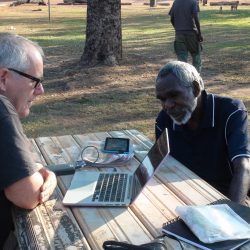 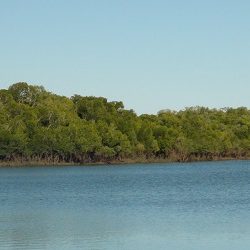 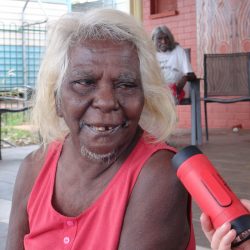 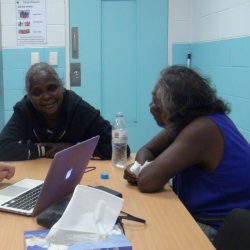 This project aims to investigate how traditional sign languages are used in Indigenous communities. Traditional sign languages are part of everyday life in Indigenous communities in central and northern Australia. The project aims to investigate how speech and sign are coordinated, the ways that new signs are added to traditional repertoires, and the ways that other forms of communication, such as drawing, are used together with sign. It is intended that the results of the study will assist Indigenous people in safeguarding their cultural heritage, and support cross-cultural communication in the education, health and legal sectors, and contribute to international debates about how sign languages of the world vary.

A sociophonetic study of Aboriginal English

This project looks at speech production and perception by Aboriginal people in Warrnambool (and surrounds) and now moving to Albury-Wodonga and Mildura (and surrounds). Dr. Debbie Loakes has previously carried out work on regional variation in Australian English spoken by non-Aboriginal Australians. The aim of that work was to investigate sound change and regional variation in Victoria, and now as part of her work in determining how Australians speak and process speech, Debbie is now including Aboriginal groups, starting in Western Victoria.

One of the major findings of Debbie’s earlier work is that Australian English listeners perceive speech somewhat differently depending on their regional background. She is particularly interested in including Aboriginal speakers of English in the study because there has been relatively little work done on the phonetics of L1 Aboriginal English, and equally, little is known about speech perception in this variety. Her work also includes an exploration of social factors regarding speech: that is, what motivates people to sound a particular way. The project will also compare how Aboriginal and non-Aboriginal people behave linguistically, and how each group conceptualises language and community. 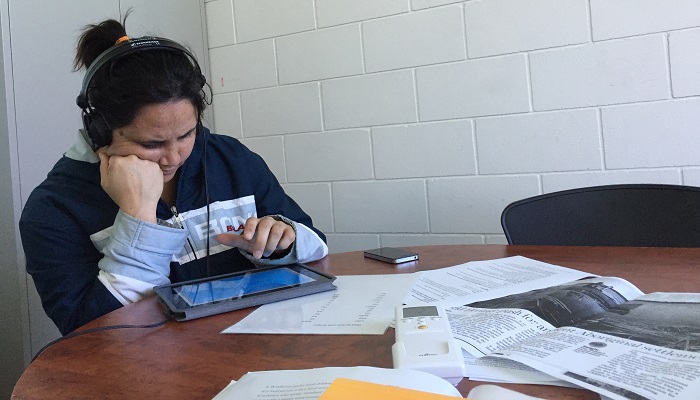 The ARC Linkage project 'Re-integrating Central Australian community cultural collections' (LP140100806) is a partnership between the Central Land Council (CLC), the peak Indigenous representative body covering the southern half of the Northern Territory; the University of Sydney and the University of Melbourne. This project addresses 3 main questions:

This project will apply current research on archiving and community access to find practical solutions to managing the large amounts of recorded cultural material of interest to the Central Land Council and its constituents. It will identify and integrate information in a common database, work with community members to create a prioritised list of at-risk materials, apply locally meaningful categories for managing the archival materials, and develop strategies to support ongoing sustainability of the collections. As well as safeguarding at-risk materials, it will support Central Land Council strategic activities in land management and intergenerational knowledge transfer, and provide a framework for repatriation policy development.

Are super-complex words represented like sentences in speakers' minds?

Many Australian languages defy a seemingly straightforward distinction between 'words' and 'phrases' (groups of words acting as a unit of meaning) by having very complex words with meanings that English would require a sentence to express. This project aims to examine speakers' knowledge of ‘super-complex’ words in the Australian language Wubuy, using innovative 'low tech' experimental approaches suited for remote field research. The results will experimentally investigate what a 'word' is in Wubuy, and thereby inform not only language description/typology but also likely challenge current models of speech processing and language acquisition, which are built on this fundamental distinction.

Funded by an ARC Discovery Project grant (DP180100515) which commenced in 2018, this project aims to provide the first large-scale exploration of conversational style in Australian Aboriginal communities, and compare this with conversational practices in Anglo-Australian communities. This work will:

The project takes prior ethnographic observations as a starting point for a systematic investigation that compares similarities and differences between Aboriginal and non-Aboriginal conversational style, using the methodology of Comparative Conversation Analysis, sometimes called Pragmatic Typology, state-of-the-art digital technologies and the microanalytical tools of Conversation Analysis.

The project will focus on three crucial aspects of the way people engage with others as they manage the local organisation of social relations in everyday culture:

To answer these questions, the project will investigate ordinary conversations from three linguistic communities speaking Murrinhpatha, Garrwa, Jaru and the contact language Kriol, and compare these with analogous non-Aboriginal conversations in Australian English in remote and regional locations.

The project expects to provide new evidence to explicate Aboriginal and non-Aboriginal conversational norms, pinpointing differences which may lead to intercultural miscommunication. Expected outcomes include new endangered language documentation, and evidence-based findings to disseminate to service providers, to communities and to Aboriginal organisations to improve ways of engaging with each other. In addition, the project will benefit Aboriginal communities with new approaches to language revitalisation.