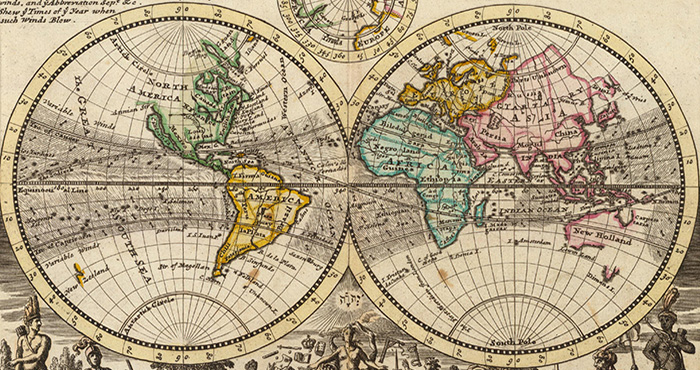 Drawing on the achievements of Renaissance humanism, the Enlightenment celebrated human experience (rather than convention), the independence of reason (no longer subject to revelation), and the creativity of the human (as distinct from the creativity of God). In so doing, it transformed Renaissance humanism into a modern world-view, which proposed that political, social, legal, and aesthetic structures should be predicated on the assumption of human dignity and the centrality of human experience, human values, and human rights. And this in turn led, particularly in the last decades of the 18th-century, to modern notions of democracy, individual liberty, equality between the sexes, racial equality, religious tolerance, human rights, and so on.

This world-view develops in tandem with, while also being challenged by, cosmopolitanism and globalisation, which are the effects of and/or responses to developments that in the 18th and early 19th century were rapidly changing the world. These developments include: voyages of exploration, which made the 'world' an object of knowledge; the expansion of commerce; the growth of empire, which 'united [the world] into a single interacting whole as never before' (McNeill); scientific networks, which spanned the globe, through which plants, artefacts, images, letters, and so on were circulated; travel writing, which introduced the 'world' to Europe; immersive technologies, such as the panorama, which seemed to bring the foreign into the everyday world; and the comparative study of languages and literatures, which placed Europe as one civilisation amongst many.

Projects related to this theme will focus on the cultural impact of Enlightenment and Romanticism, with a particular emphasis on the subjective experiences occasioned by new forms of art, literature, garden and landscape design, and architecture, as well as public and private processes of viewing and reading, critiquing and creating. It will also consider the relationship between knowledge, empire, and global communication networks; and between philosophical ideas and cultural objects, institutions, spaces and performances.