William Blake and the History of Imagination: Poetry, Prophecy, and Secularization 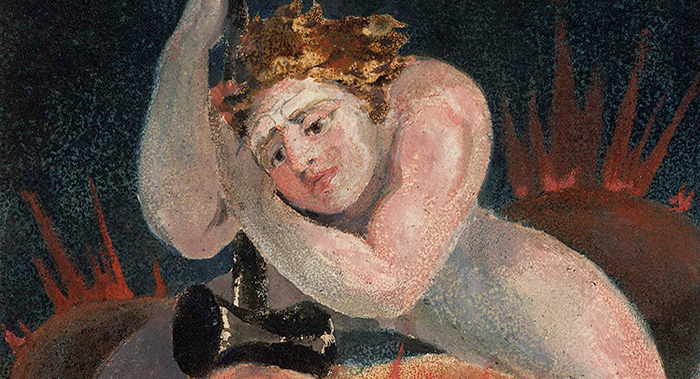 This project compares Blake's revisionary dialogue with his competitors in the prophetic subcultures that flourished in London in the aftermath of the French revolution. In so doing it traces, amidst the ruins of religious and secular eschatologies (the part of theology concerned with death, judgement, and the final destiny of the soul and of humankind), the emergence of modern discourses of creativity, in which prophets are displaced by artists, truth by poiesis (in philosophy, the activity in which a person brings something into being that did not exist before), and tradition by innovation.

At the conclusion of these metamorphoses it is possible to say, anticipating Nietzsche and Deleuze, that '"we the artists" = "we the seekers after knowledge or truth" = "we the inventors of new possibilities of life"' (Deleuze 2006)